Pike Liberal Arts returns to action this Friday on the road 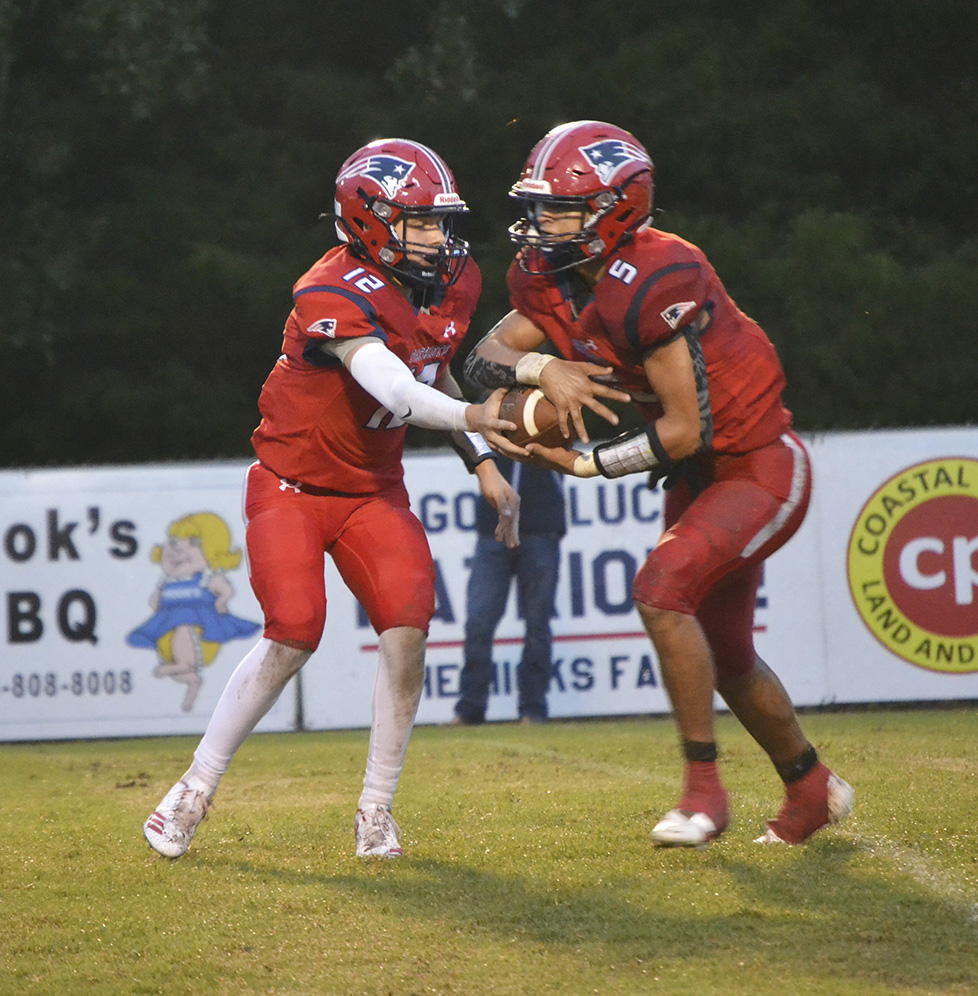 The Pike Patriots will play Port St. Joe on the road this Friday. (Photo by Josh Boutwell)

The Pike Liberal Arts Patriots (0-3) are back on the road this week heading to Florida for a game with the Port St. Joe Tiger Sharks (1-1).

Pike is coming off a bye week in which the banged up Patriots got some much needed rest heading into another long road trip.

“Practice has been great,” PLAS coach Travis Baxley said. “We had a chance to heal up and rest the guys that bumped up a little bit. We also got to sort of refine and add to our offensive, defensive and special teams schemes. We feel healthy and better prepared than we have all season going into this week against Port St. Joe.”

The Patriots lost to Chipley (Fla.) in their last game by a score of 46-9, while the Tiger Sharks are coming off a 35-6 loss to Bay High School. Port St. Joe opened the season with a 41-8 win over Jefferson County in week one, however.

Port St. Joe’s balanced spread offense comes into this week after throwing for 219 yards last week and rushing for 280 yards in week one. Tiger Shark running back DJ Oliver is currently committed to play college football at the University of South Florida.

“They’re athletic and they’ll go four and five wide (receivers) and an empty backfield and they want to get their athletes out in space,” Baxley said of the Tiger Sharks.

Going into his third game at the helm, Baxley knows what he’ll get from his team in terms of effort but he wants to see that hard work turn into execution now.

“I want to see execution,” he emphasized. “The players are playing hard and giving effort, that’s what we do. We say that all the time but I want to see us execute and finish now.”