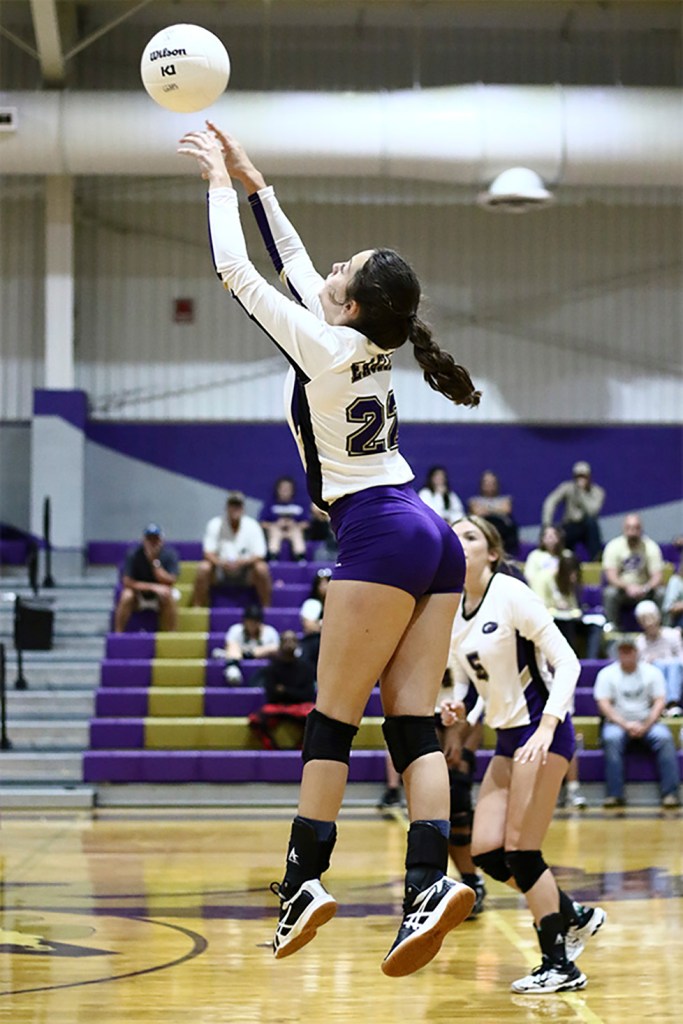 Alyssa Pippins and the Lady Eagles defeated Luverne in an area match on Tuesday. (Photo by April Brown/ABC Photography)

Goshen defeated Luverne by a score of 3-2 in an exciting Class 2A, Area 5 match at home. Goshen fell behind 1-0 after Luverne took the first set by a score of 25-19 but the Lady Eagles answered to take the second set 25-18 to tie the score. In the third set, Luverne retook the lead by winning 25-19 only for Goshen to once again tie the match with a 25-17 win in the fourth set. In the fifth, Goshen escaped with an 18-16 win to take the match in a pivotal area showdown.

Goshen hits the road to face Brantley in a non-area match on Thursday at 6:45 p.m.

Pike Liberal Arts traveled to Barbour County for a non-area match on Tuesday, as well, and swept the Lady Jaguars 3-0. PLAS won the first set 25-20 and then dominated the remaining two sets 25-9 and 25-8 to take the match. 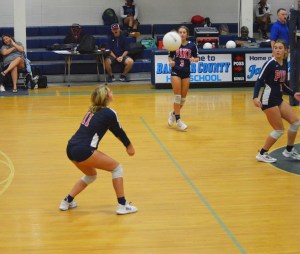 The Lady Pats were led by Anna Cate Friday with 11 aces and seven kills, while Emily Bryan totaled five aces and five kills. Alissa Barron netted eight aces and five digs. The Lady Patriots are playing without a pair of starters right now, down with injuries, who head coach Lara Lea Jones hopes will be back in the lineup next week.

Pike County and Pike Liberal Arts will meet in a non-area match in Brundidge on Thursday at 5 p.m.