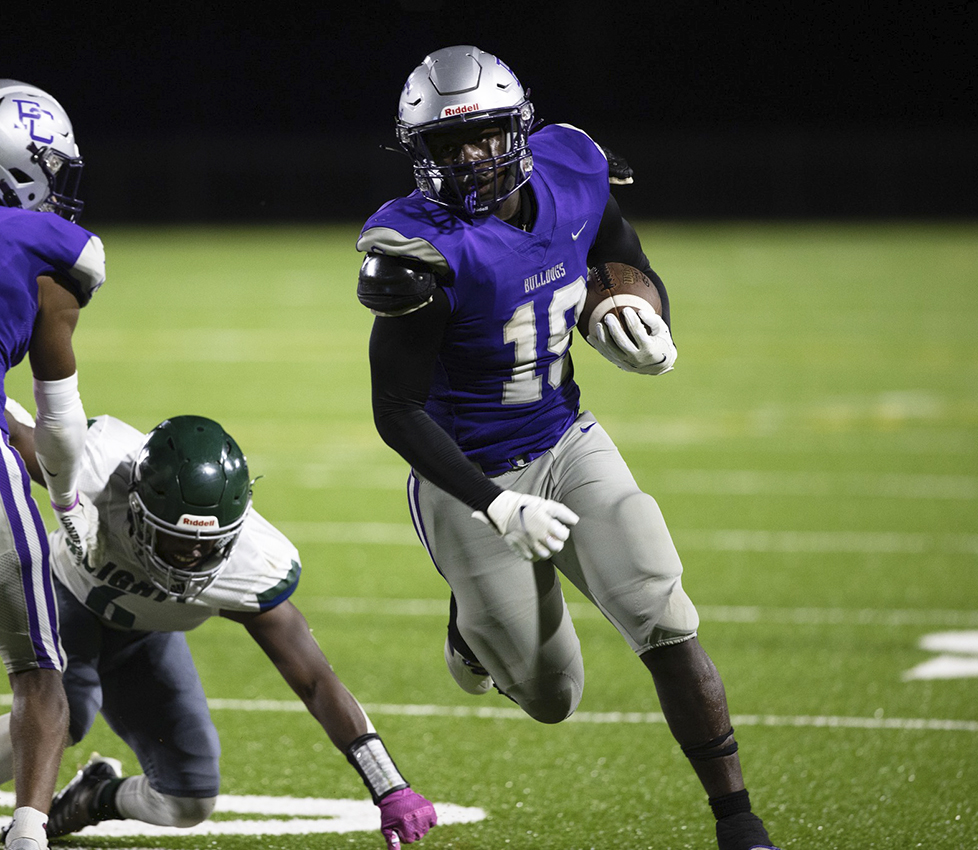 While Pike County has won two consecutive region games, by a combined score of 62-18, the Bobcats have won three straight, including a 20-14 win over Providence Christian last week. In fact, Opp’s only defeat of the season was to Class 4A’s Andalusia in week one.

Pike County and Opp’s only common opponent of the season thus far is Northside Methodist, who Pike County defeated 28-18 last week and Opp throttled 40-10 the week prior.

“They’re a very well coached football team,” Pike County coach Mark Hurt said. “They have a very good team with a very good, veteran head coach. It will be a tough game for us. We’ll have to play our best game to beat them.

“Their quarterback is about 6-foot-1-inches and 200 pounds and can run it with a strong arm. They have a good offensive line with good size that fires off the ball and are very aggressive. They also have a running back that’s quick and shifty and explosive with some tall receivers. They like to mix it up with the run and the pass.”

Opp quarterback Gray Jennings has thrown for 542 yards and seven touchdowns thus far this season with just one interception along with 157 yards and two touchdowns rushing.

Against Northside Methodist last week, the Pike County offense amassed 431 yards of offense – a season-high – with nearly 300 yards rushing. While the Bulldogs have scored 62 points in the last two games, they’ve also also left a number of points on the field, as well. High snaps, turnovers and penalties have cost the Dawgs. Last week, Pike County was penalized an eye-popping 20 times for a loss of nearly 200 yards. Those penalties wiped four touchdowns off the board, including two receiving touchdowns and an interception return for a touchdown from senior Ian Foster.

“I want to see our guys compete and continue to get better this week,” Hurt said. “We have to match their intensity and if we do that and play at our level it will be a good game. We have to limit those mistakes and penalties and not turn the ball over to put us in a better situation to be able to accomplish that task.”

Pike County is playing primarily out of “shotgun” and “pistol” formations this season, so the center to quarterback exchange is still a work in progress.

“We’re working on it,” Hurt emphasized. “Our snappers around here have never really been in shotgun, everything’s been under center. That’s something we’re working on and we just have to get better at. I think we’re improving there and we work on it every day.”

Last week, sophomore Nemo Williams and senior Zay Carlisle were the workhorses for the Bulldog offense. Williams rushed for 150 yards and a touchdown on 13 carries, while Carlisle rushed for 99 yards and two touchdowns on 15 carries. Carlisle also caught three passes for 28 yards and Williams totaled five tackles, three tackles-for-loss, a sack and three quarterback hurries on defense. The duos “thunder and lightning” combination provides PCHS an attack that will be hard for defenses to stop this season.

“One back is quick and shifty and another that’s about 200 pounds and has great feet and can get down hill on you,” Hurt said of his running backs. “It’s a good combination to have. We’re still working to figure out how everyone fits into their role.