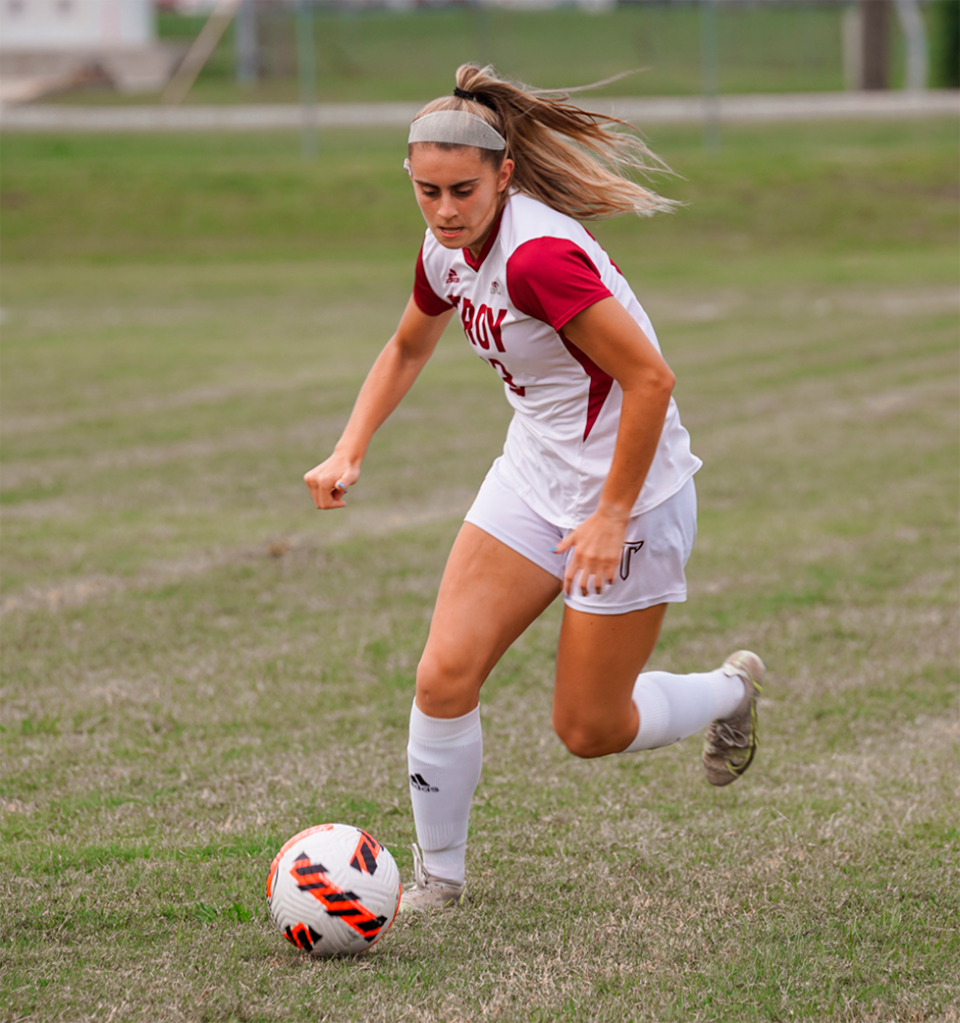 The Troy Trojans soccer team (2-3-1) saw their three-match unbeaten streak snapped on Sunday with a 3-2 loss to the Jacksonville State Gamecocks (2-6) on the road.

Troy jumped out to a 1-0 lead when Jordan Stack scored a goal off an assist from Lisa Blankestein just 14:20 into the game.

It didn’t take Jacksonville State long to take control, however, as the Gamecocks scored less than six minutes later when Vanessa Mejia scored off a Allessandra Romano assist to tie the score 1-1. Just three minutes later, Camryn Davis scored a goal to give Jacksonville State a 2-1 lead. Neither side was able to find the back of the net again in the half and the Gamecocks took their 2-1 lead into halftime.

In the second period, Jacksonville State’s Mejeia scored her second goal to extend the lead to 3-1 with 73:48 of game time elapsed. Troy managed to cut the lead to 3-1 a few minutes later when Erin Bloomfield scored on a penalty kick. That goal came with just four minutes remaining in the match and while Troy was able to attempt three more shots in the final minutes, the Trojans were unable to earn a goal and the Gamecocks held on for the 3-2 win.

“Disappointed in the result today,” Troy coach Robert Lane said. “I thought we lacked overall quality in our decision-making and technical abilities for large portions of that match.

“We showed some decent effort with the number of chances we created and gave ourselves an opportunity to earn a result up until the last minute, but we just weren’t clinical enough in the final third. We’ll turn our attention towards a response against Georgia Southern and starting SBC play on a positive note.”

Troy is off for the rest of the week but returns to action at home on Sunday for the Sun Belt Conference opener against Georgia Southern at 1 p.m.