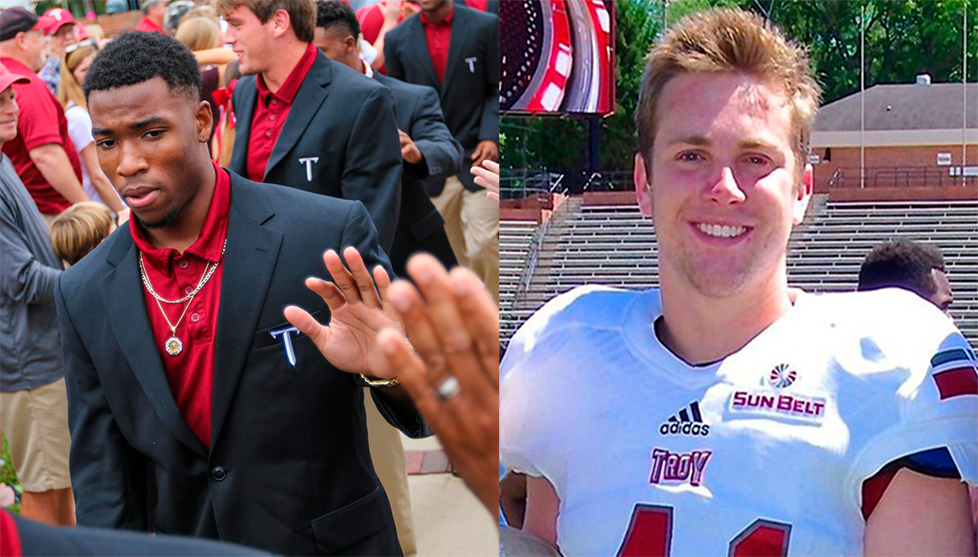 Troy’s Spirit Award is named in honor of former Troy players John Johnson, left, and Nathan Harris, right, and will be given weekly.

On Monday, Troy Trojans football coach Jon Sumrall announced that the program was reestablishing weekly awards that were in honor of former Troy players.

Both the Nathan Harris Service Award and Corey McCullers Spirit Award were previously presented weekly at Troy when Sumrall was an assistant coach with the Trojans. The Service Award will also be in honor of another former Trojan, as well.

“John played here and ironic enough he was the last recipient of the Nathan Harris Service Award in 2017,” Sumrall recalled. 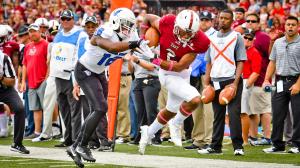 John Johnson is a Troy native and former receiver at Troy and Charles Henderson. (Photo courtesy of Troy University Athletics)

“Javon did two community service things last week and one in the public school spending some time with kids that needed a little extra attention,” Sumrall said. “I’m really proud of what Javon does. He’s on our leadership council and that’s a well-earned recognition for him.”

Sumrall recalled the type of spirit that McCullers had as a player at Troy.

“Corey came to practice every day with a great attitude,” he said. “I remember Corey being on the scout team and us telling (the team) to reload a play and (Corey) looking back at us and saying, ‘Good, now we can run it better.’ I remember thinking that’s such a great perspective on life in general.” 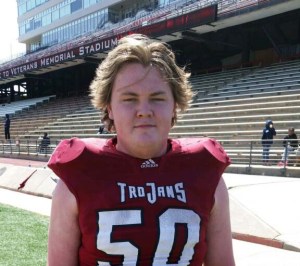 Corey McCullers was killed in an automobile accident in the summer of 2015.

“Tim tore his ACL in training camp (last year) and rehabbed and fought really hard to get back healthy,” Sumrall said of Steward. “He had really great sideline energy last week and such a great approach to practice each and every day the last couple of weeks.”

Sumrall said that both the Service and Spirit Awards would be presented weekly this year and a permanent Spirit Award and Service Award recipient will be announced at the end of the season.