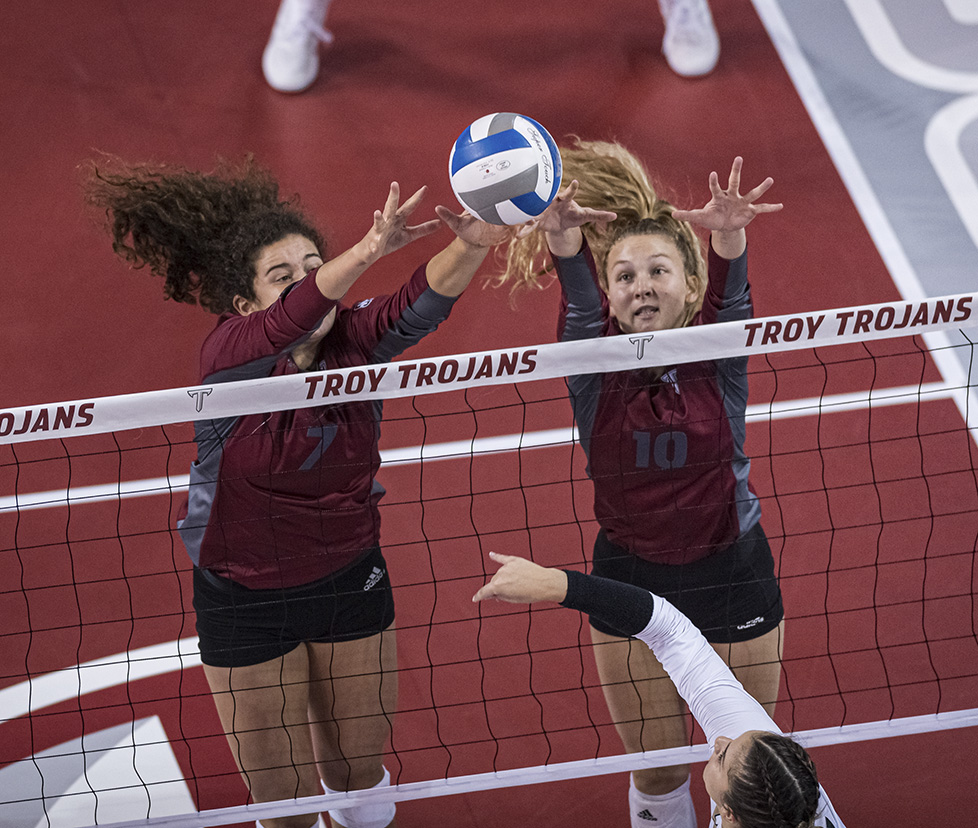 After falling to Auburn on Saturday, the Troy Trojans volleyball team (4-5) rebounded to defeat host school UAB in the final match of the Blazer Invitational at Bartlow Arena in Birmingham on Sunday.

In the fifth set, the Trojans raced out to a 6-1 lead and looked to dominate their way to a match win before UAB rallied to fight back into the match and eventually tie the score 10-10. The two sides continued to battle back and forth until, with Troy up 14-13, Ashley Guenveur earned the match-winning kill.

Hester, who had a big tournament, led Troy again with 19 kills, one assist, 13 digs and two blocks. Julia Brooks added 13 kills, one ace and one block, while Savannah Poling earned 10 kills and five blocks on the day. Amara Anderson also totaled 33 assists, one kill, two aces, 11 digs and one block.

Troy finally comes home this week for the regular season home opener for the Trojan Invitational at Trojan Arena on Sept. 15. Troy will play Alabama State on Thursday at 6 p.m. and follow up with a match against Gardner-Webb at 6 p.m. on Friday and a final match with Jacksonville at 2 p.m. on Saturday. All three home matches will stream live on ESPN+.