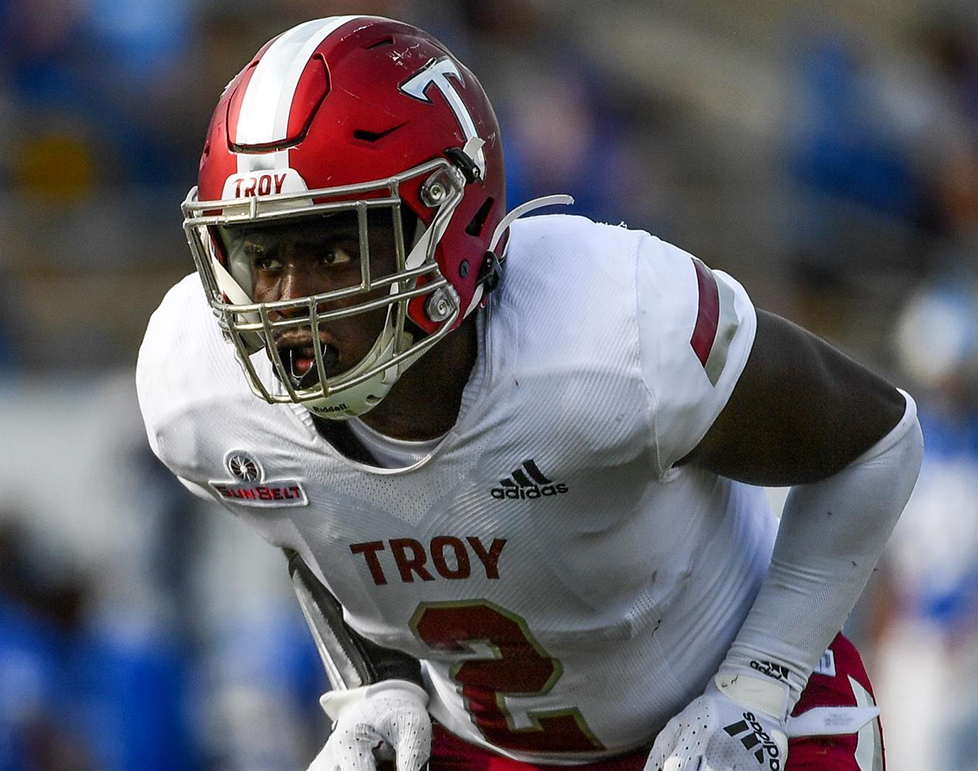 Martial went down with a “lower body” injury during the third quarter of Troy’s win over Alabama A&M on Saturday and after the game, Sumrall said it was a “hamstring or glute” injury but didn’t feel it was serious. Today he gave some more good new for Trojan fans.

Another linebacker that Sumrall believes will be able to play this Saturday against Appalachian State is KJ Robertson. The All-Sun Belt linebacker didn’t play against Alabama A&M after rolling his ankle in practice last week.

“We feel confident that KJ Robertson will be available this week,” said Sumrall. “We held him out last week after he rolled his ankle. Didn’t feel good about throwing him in the action last Saturday but I think he has a real good shot of being available this Saturday.”

All-Sun Belt receiver Tez Johnson has been dealing with “nagging” injuries since fall camp and after getting banged up in the Ole Miss game, he was held out of the Alabama A&M game.

“We held Tez out last week but he was available to play,” Sumrall said. “Just felt like it was in his best interest to give him an extra week to get healed with a couple of nagging things he’s had. He should also be available.”

The return of the three starters to the lineup will be greatly needed this week as Troy travels to Appalachian State for a game that will have the nation’s eyes on it. Late Saturday night, ESPN announced that ESPN Gameday would be in town for the Appalachian State vs. Troy matchup.