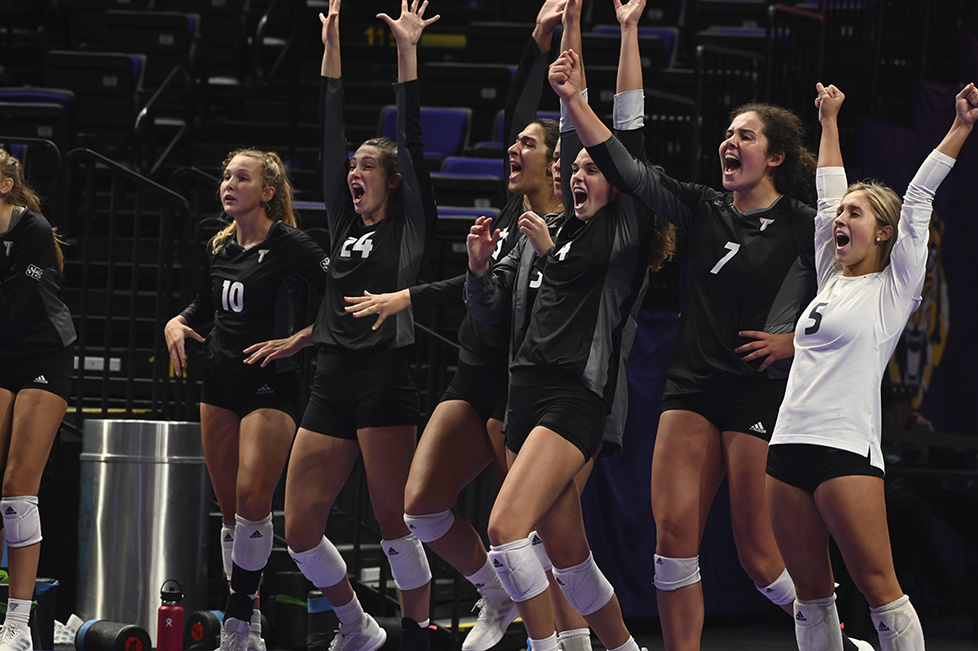 Troy picked up its first win over North Florida ever on Friday. (Photo courtesy of Troy University Athletics)

For the first time in school history, the Troy Trojans volleyball team earned a win over the North Florida Ospreys in the opening game of the Blazer Invitational in Birmingham on Friday night.

It was the sixth time the two sides have met, including a North Florida win in the postseason last year that ended the Trojans’ 2021 season, with Troy picking up a 3-1 win at Bartlow Arena in Birmingham. Troy won the first 25-23 but North Florida tied the match by winning the second set 25-23. The Trojans then dominated the third set 25-18 and closed out the match with a 25-20 win in the fourth set.

“Our passers played well tonight in serve receive and the defensive phase,” Troy coach Josh Lauer said. “That coupled with a fantastic offensive night for Tori Hester and Amiah Butler, was the difference. We will enjoy that win tonight and be ready for a quick turnaround for our match tomorrow.”

Hester earned 22 kills – her third game with more than 20 kills this season – and Butler totaled 13 kills on the night. Amara Anderson chipped in with 37 assists and 14 digs, as well.

On Saturday, the Trojans faced off with the undefeated Auburn Tigers and fell 3-1 in four sets. Auburn took the first two sets 25-16 and 25-23, but Troy won the third set 25-23. In the fourth set, Auburn picked up the match win with by taking the set 25-18.

Troy will look to finish off the weekend strong against UAB on Sunday afternoon at 3 p.m. in a game that will stream live on C-USA TV.