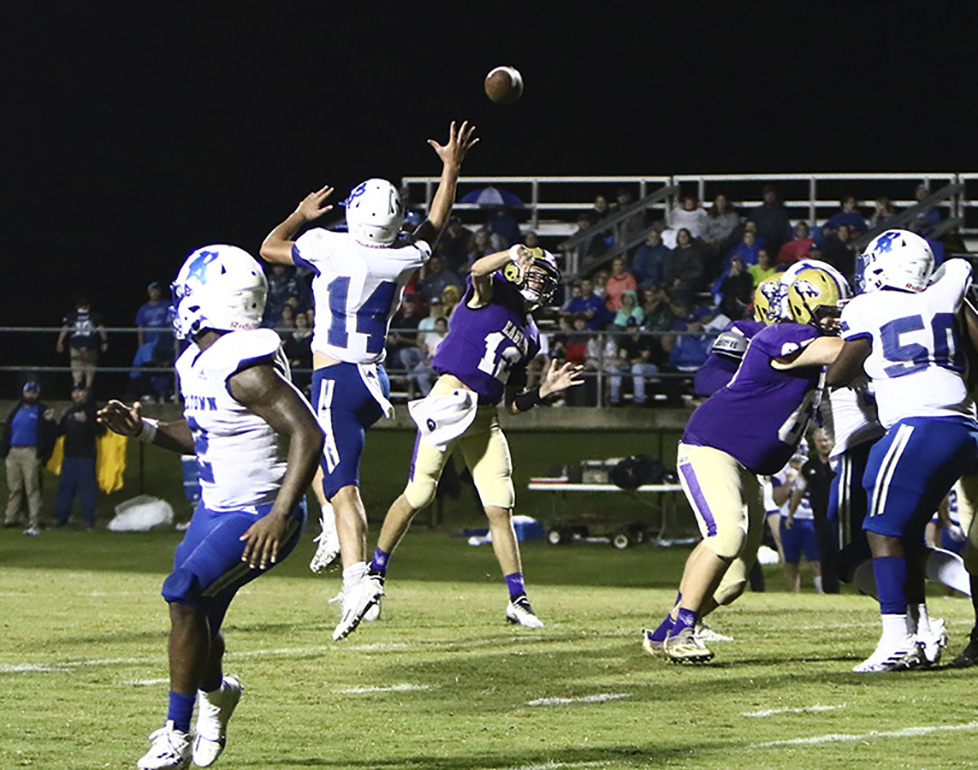 Despite only one score in the first quarter, a 13-yard Reeltown touchdown run, the second quarter was full of scoring fireworks. With Reeltown leading 6-0, Goshen answered on an 8-yard touchdown run by quarterback Peyton Stamey. The PAT gave the Eagles a 7-6 lead with 10:29 left in the first half. Goshen added to that lead on a 65-yard touchdown pass from Stamey to receiver Tyler McLendon with 5:00 left in the half to extend the lead to 14-6.

Reeltown managed to find the end zone one more time before the end of the half when Jeffery Thompson scored on a 2-yard touchdown run with just 29 seconds left. The Rebels’ two-point try was no good, so Goshen held onto a 22-20 lead at halftime.

Reeltown came out firing in the second half as Arthur Woods took the opening kickoff 75 yards for a touchdown. The two-point conversion extended Reeltown’s lead to 28-22 with 11:45 left in the third quarter.

Neither team managed to find the end zone again in the third quarter and Goshen had the Rebels backed up inside their own 5-yard line with just over seven minutes remaining. Reeltown’s Omorion Ponds exploded for a 95-yard run down to the 1-yard line. Quarterback William Hornsby followed that up with a 1-yard touchdown plunge with seven minutes left in the game to extend the lead to 34-22. The Rebels added another 2-yard touchdown run after another long run, and a two-point conversion, to seal the game 42-22.

Reeltown was led by Ponds with 102 yards on five carries, while Thompson rushed for 95 yards and a score on 12 carries.

Goshen is back on the road next Friday for another region game with LaFayette.