Goshen looks to get back on track against Reeltown 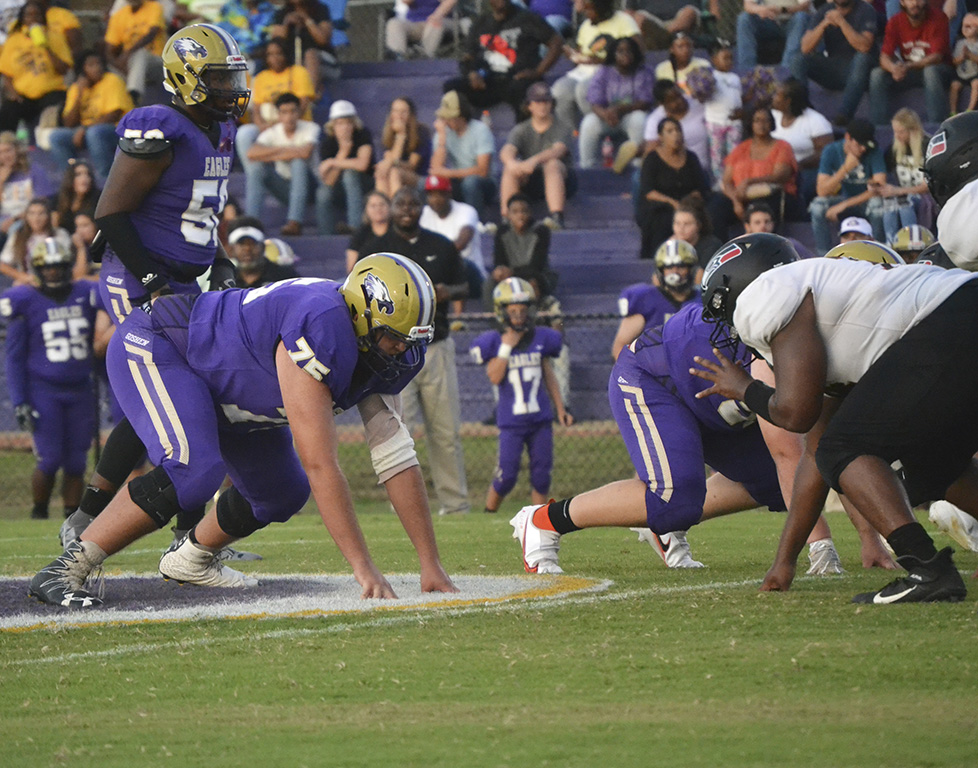 The Goshen Eagles will host Reeltown this Friday night. (Photo by Josh Boutwell)

Goshen is coming off a frustrating 42-14 loss to Class 2A’s No. 2-ranked Highland Home last week, while Reeltown thumped LaFayette 41-0 a week ago.

“We just came out okay to start (against Highland Home) but really never gave ourselves a chance offensively,” Goshen coach Don Moore said. “We turned the ball over too much and that’s on coaching. We have to do a better job of having our guys prepared.

“We turned the ball over five times in the first half and that’s never a good sign when you turn it over that many times, especially in our own territory. We just have to give ourselves a chance to start with.”

Goshen is no stranger to Reeltown, having been in a region with the Rebels the past three seasons, in Class 3A the past two seasons.

“Reeltown will be a normal Reeltown team,” Moore said. “They have a tradition of winning and you can tell that when you watch them on film. Those kids play very hard every minute, every quarter.”

Goshen is 2-7 all-time against Reeltown and hasn’t picked up a win against the Rebels since 2007. The past two seasons, Reeltown outscored Goshen 76-13 including a 42-0 win over the Eagles last year.

This is Reeltown’s first season back in Class 2A since 2019 when the Rebels were a yearly power. The 2019 Rebel squad finished as state runner-up and Reeltown won a minimum of 10 games six different times between 2008 and 2019, including three straight seasons of 12 or more wins. During that three-year stretch, Reeltown won a State Championship and state runner-up in back-to-back seasons in 2009 and 2010.

The Rebels are known for their physical playing style and the Goshen coaching staff is placing an emphasis on matching that this week to give the Eagles a chance to win.

“They’re a physical football team, so we’ll have to match their physicality,” said Moore. “That’s been the challenge (to the team) this week. We’ve been challenging them to be more physical and match that physicality from Reeltown.”