Bulldogs and Knights clash for the first time ever 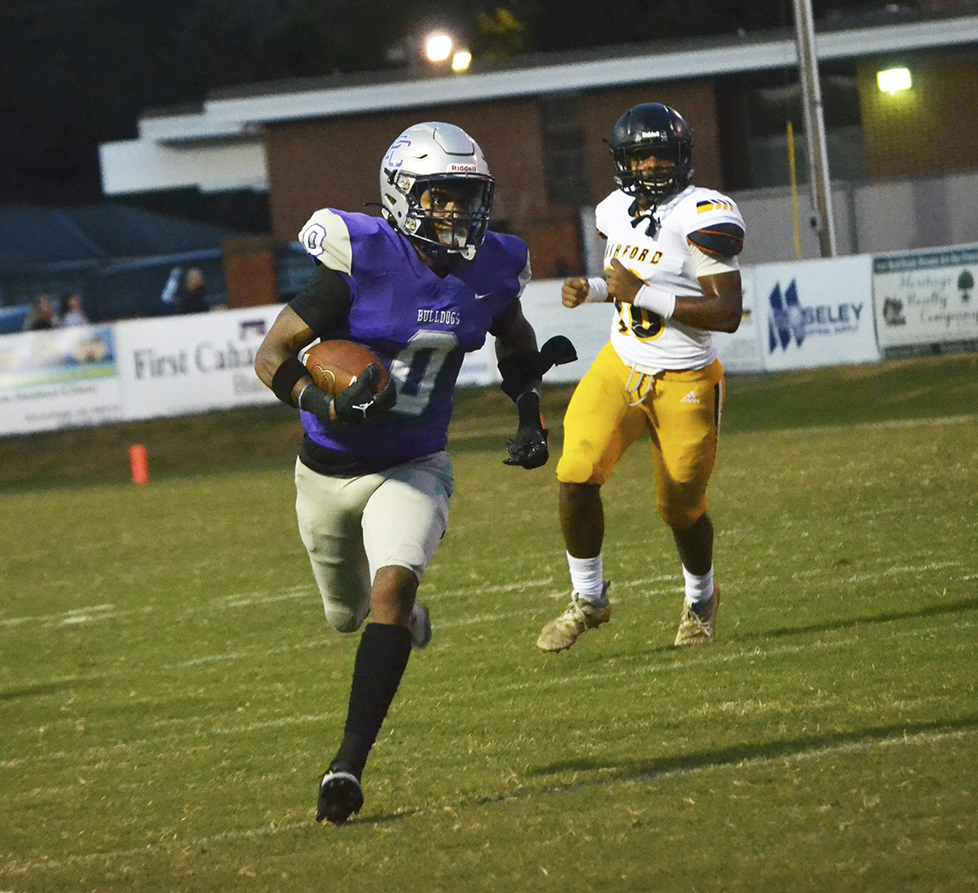 Last week, Pike County dominated Ashford in a region game 34-0, while Northside opened the season with back-to-back wins over Houston County and Cottonwood before dropping a region game to Opp 40-10 last week.

Ashford employed a modified “Flexbone” style of offense to try and control the clock – and the tempo of the game – but Pike County held the Yellow Jackets to just 117 yards of offense, while Pike County rolled up 252 yards including 175 in the air. Receiver Ian Foster caught four passes for 78 yards and three touchdowns, while Zay Carlisle rushed for 101 yards and a touchdown on 17 carries. Quarterback Omari Barrow had a big night, completing 10-of-17 passes for 174 yards and four touchdowns.

“We did what we had to do and I think we came out in the second half and played a lot better,” PCHS coach Mark Hurt said of the Ashford win. “I think we kind of figured out how to win a game, especially one where (Ashford) tried to slow the game down against us.

“I think we adjusted to it in the second half and started to play Pike County football. We played to our level, played with more tempo and not to the level of tempo where they were dictating it.”

Getting that first win was big for the Bulldogs and Hurt hopes the confidence gained from that can carry over into the rest of the season.

“Looking at our team I felt like we would win at some point but we had to cut out our mistakes,” Hurt said. “I’m proud we got that first win and you have to win games in order to gain confidence.

“It will play a significant role in our future, just the fact that they know they can win now. When you win that means you’re executing well and hopefully that carries over into our next game.”

Up next, Pike County faces off against Northside Methodist for the first time ever. Northside football is entering just its ninth year of existence and third in the Alabama High School Athletic Association. Norhtside brings an offense completely the opposite of Ashford. The Knights want to spread the defense out and throw the ball all over the field.

“They throw the ball around a lot. They get into various formations and they’ll run it on you but they want to throw the ball,” Hurt emphasized.

Pike County struggled at times in the first half against Ashford, including some snaps that went over the quarterback’s head costing the Bulldogs some points. Hurt wants to clean up those mistakes and see his team play consistently for the full game.

“I want us to play our game and continue to put forth a lot of effort and continue to improve and not turn the ball over,” Hurt said. “We need to make great tackles and put ourselves in a good position and stay focused throughout the game and learn that a game is four quarters. You have to play every play.”