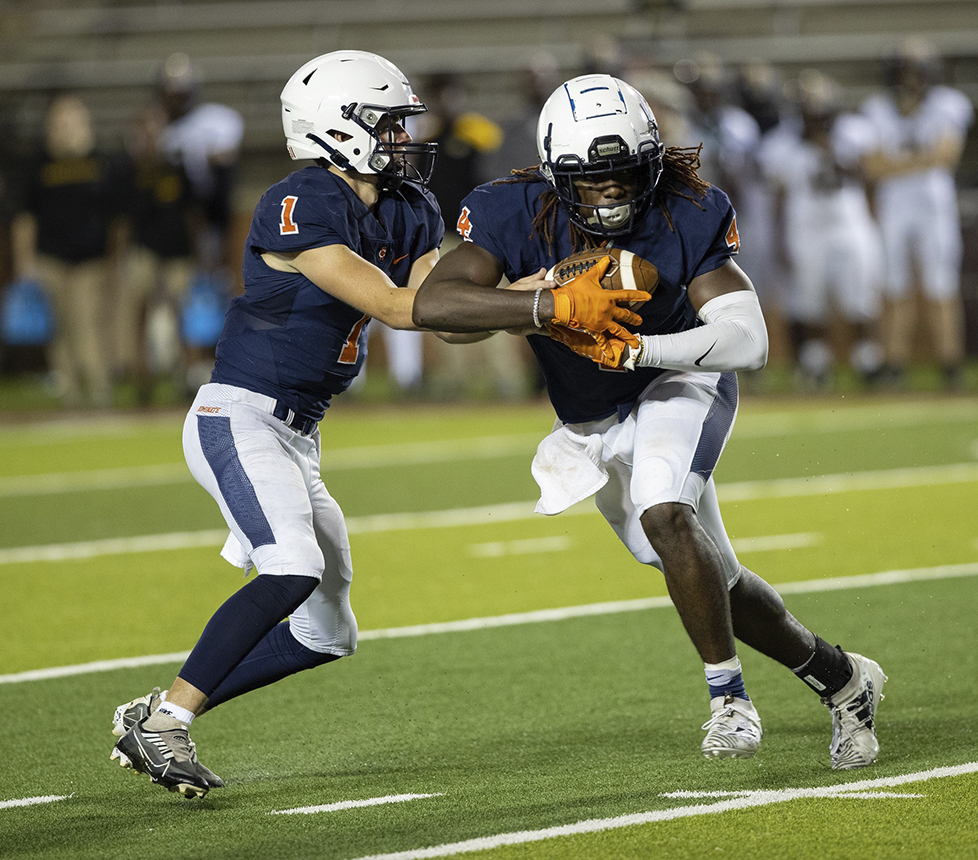 The Charles Henderson Trojans (2-0, 1-0) will look to remain undefeated this Thursday as the Carroll Eagles (2-1, 1-0) come to Troy for some Class 5A, Region 2 action.

Both the Eagles and Trojans are coming off region wins last week with Carroll knocking off Rehobeth 21-7 and Charles Henderson besting Greenville 34-18. This week is also Charles Henderson’s third straight home game to open the season.

“We played well (against Greenville), we played hard and played physical. That was the name of the game last week,” CHHS coach Quinn Hambrite said. “We knew Greenville would come out physical and we had to match or beat their physicality and I think we succeeded in that.

“We executed well but we made some mental mistakes that we have to correct moving forward. I’m pleased with the effort and grit we showed.”

CHHS quarterback Parker Adams threw for 302 yards and three touchdowns against Greenville and running back Zach Coleman also had a big night. He rushed for 83 yards and two touchdowns on 14 carries, while grabbing two catches for 62 yards and another score. The Trojans now shift their focus to Carroll.

“Carroll is a well-coached team a very athletic team, as well,” said Hambrite “They’re extremely fast coming off the edges, they have fast receivers and their quarterback is one of the fastest kids in the State of Alabama in Class 5A.

“Keyshawn Cole) runs under 11 seconds in the 100-meter dash. He’s a kid we have to contain defensively. Defensively, we have to make sure we’re disciplined in all phases and offensively we have to execute our game plan. We’ll give ourselves a chance to win if we do those things.”

Charles Henderson is playing in its only Thursday night game of this season this week and a short week of preparation provides it’s on obstacles to overcome.

“Short weeks are always different,” Hambrite said. “It’s like a sudden change we preach in practice. We have to practice on Sundays instead of having a walkthrough and film (study).

“Your Monday becomes Sunday and Tuesday becomes Monday and so forth. They adjusted to it well. We had to practice on Labor Day, so that was something different but they did a pretty good job adjusting to that.”

For the first time since 2013, Charles Henderson is 2-0, which happened to be the last time the Trojans made it to a State Championship game. Charles Henderson will also be looking for a measure of revenge against Carroll, as the Eagles dominated last year’s game 52-22.

Charles Henderson and Carroll have played one another each year since 2016 and before that played annually from 1998 until 2011. The series goes back much further, however, as the first known game between the two schools occurred when Troy High School played Ozark High School in 1925. In 69 known matchups, Charles Henderson holds the edge 45-22-2 in the series.

Charles Henderson and Carroll kickoff at 7 p.m. on Thursday, Sept. 8, at Veteran’s Memorial Stadium in Troy.