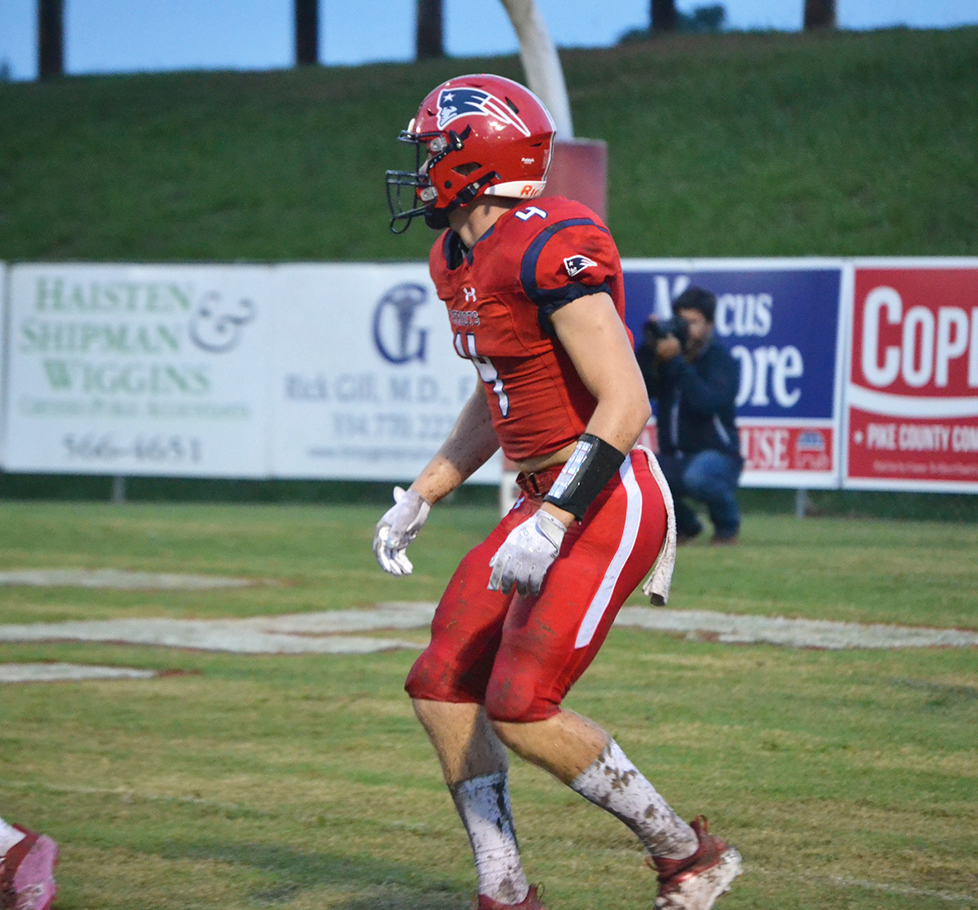 The Pike Liberal Arts Patriots (0-3), Goshen Eagles (2-1) and Zion Chapel Rebels (0-2) all hit the road on Friday night and all faced tough losses.

Pike Lib traveled to Florida and dropped its game to the Chipley Tigers 46-9. Chipley wasted no time, scoring 24 points in the first quarter alone. Chipley scored three touchdowns and three two-point conversions in the first period.

Chipley added to the lead in the second quarter with a 40-yard touchdown pass along with a rushing touchdown. The Tigers converted another two-point try and an extra point to take a 39-0 lead into halftime.

The only score in the third quarter came when the Patriot defense forced its first safety of the year. In the fourth quarter, Pike added a touchdown in the fourth quarter on a touchdown toss from Dawson Bradford to KC Bradford. Chipley scored another rushing touchdown and PAT with under five minutes left in the game to secure the 46-9 win

The Patriots are off next week and return to the State of Florida to face Port St. Joe High School.

Against Goshen, Highland Home scored 14 points in each of the first two quarters and another pair of touchdowns in the third quarter to jump out to 42-0 lead before Goshen managed two touchdowns of its own. It wasn’t enough as Goshen fell 42-12.Goshen plays Goshen gets a chance to rebound next week at home against Reeltown.

Zion Chapel also had a tough night, dropping a region game to Wicksburg 42-7. Wicksburg scored all 42 points in the first half. The Rebels’ lone scores came on a kickoff return for a touchdown from Jaylon Guilford and an interception return from Bobby Rhoades. The Rebels are back on the road net week at Samson.