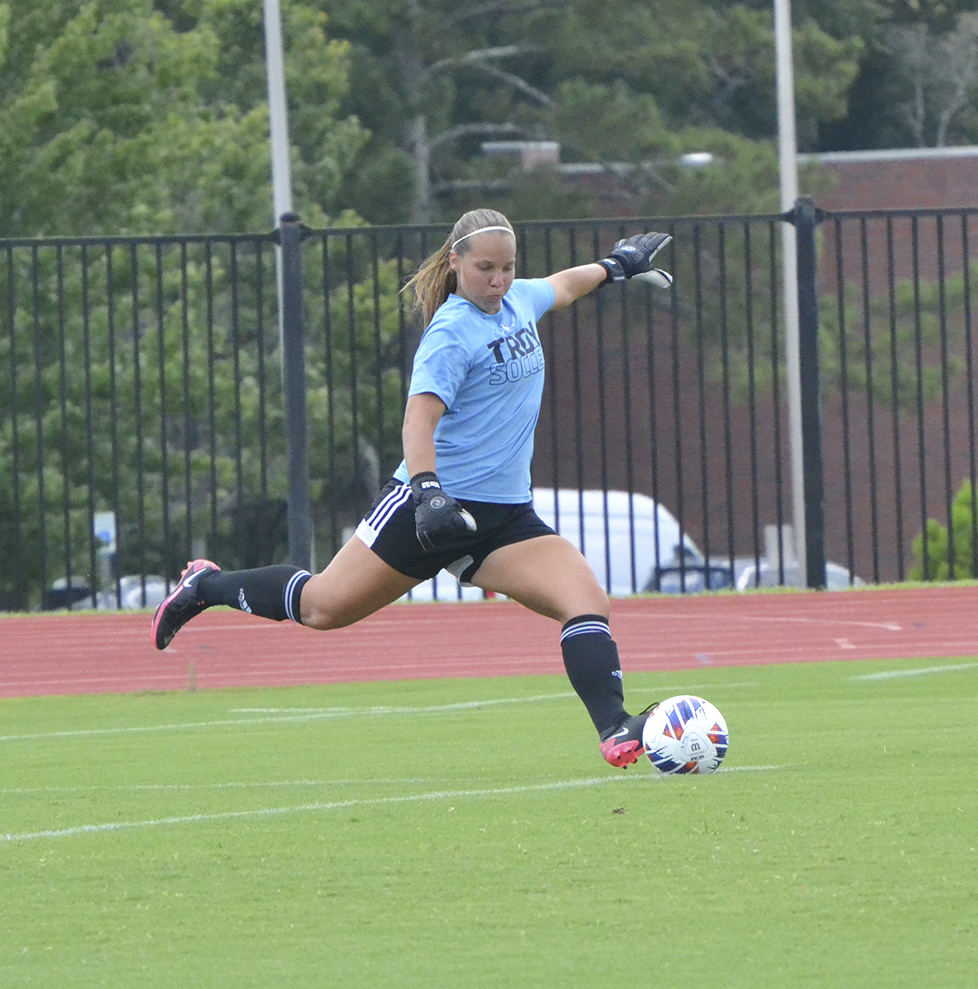 The win came despite strong winds and rain throughout the contest. There was also an hour and a half weather delay. With 65 minutes elapse of game time, Troy’s Nia Wilson drilled her first goal of the season off an assist from Jordan Stack. The Trojans were then able to hang on for the final 25 minutes to secure the win.

“I’m super proud of the girls and the way they played tonight,” Troy coach Robert Lane said. “I thought the performance they had from kickoff until the final whistle was quality and gritty.

“We grinded out an excellent result against a quality Mercer team. Obviously, we had to deal with the weather delay. I thought our response to that to end the first half was amazing, which spring boarded us into the second half. Just super proud of these girls these past three games after a tough start. I’m looking forward to seeing more growth and development.”

Troy is back in action with a road matchup against Jacksonville State, next Sunday, Sept. 11.