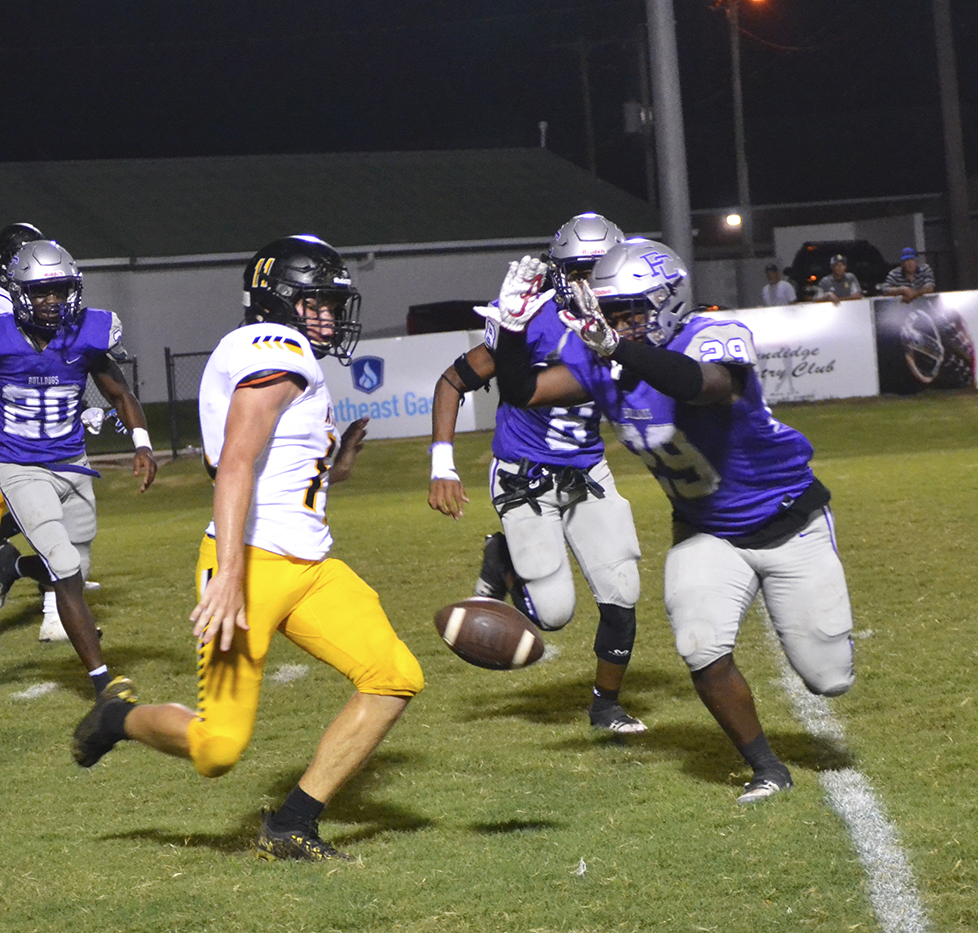 The Bulldogs dominated the game from start to finish, with every offensive drive in the first half moving into Ashford territory. Pike County got on the scoreboard first when quarterback Omari Barrow threw a 46-yard touchdown pass to receiver Chimarion Brown with 30 seconds remaining in the first quarter to put PCHS up 7-0.

Pike County linebacker Markelis Hobdy blocked an Ashford punt and Barrow found Ian Foster for a 10-yard touchdown pass with just 2:38 left in the first half. The Bulldogs would take their 14-0 lead into halftime.

The second half was more of the same with Pike County opening the half by diving on the kickoff to start the half. Barrow then found Foster for a 15-yard touchdown pass to extend the PCHS lead to 21-0 with 10:16 left in the third quarter.

Pike County’s Zaikeilen Adams recovered an Ashford fumble and Zay Carlisle scored on a 10-yard run to put Pike County ahead 28-0. With 25 seconds left in the third quarter, Foster made a leaping touchdown grab on a 35-yard touchdown pass from Barrow on fourth down to clinch the 34-0 win. The PAT was no good. The Bulldogs ran clock in the fourth quarter.

In total, Pike County rolled up 246 yards of offense and held Ashford to just 117 yards, with much of that yardage coming in the fourth quarter against Pike County’s younger players. Barrow completed 10-of-17 pass attempts for 174 yards and four touchdowns, while Foster caught four passes for 78 yards and three touchdowns. Foster also returned a punt return for a touchdown in the first quarter that was called back on a penalty. Carlisle rushed for 101 yards and a touchdown on 17 carries, as well.

Pike County will look to keep the winning going next week on the road against Northside Methodist in Dothan in another region game.