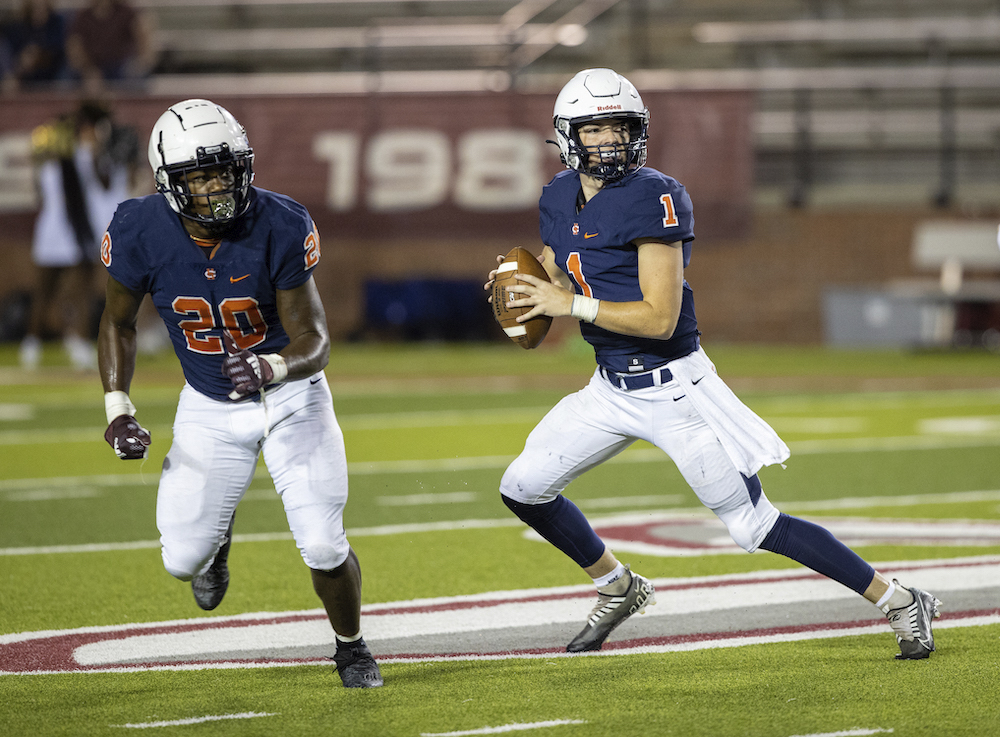 It has been a long time since Charles Henderson High has been 2-0 – 2013 to be exact – but behind the rushing of Zack Coleman and the passing of Parker Adams, the Trojans came away with a 34-18 win over the Greenville Tigers Friday in Troy’s Veteran’s Memorial Stadium in a Class 5A, Region 2 battle.

Greenville’s Ty Phillips, a sophomore running back, bulled his way for 147 yards on the evening for the Tigers, while Ronald Davis churned for 90 yards and one TD.

CHHS improves to 1-0 in the region with the victory and 2-0 overall, while Greenville stands at 1-1 on the year and 0-1 in the region.

“We played with grit, heart and effort and were disciplined for the most part,” said second-year CHHS Head Coach Quinn Hambrite. “I’m extremely proud of these kids and they deserve to celebrate because they worked extremely hard, all summer. That summertime grind up until now is flourishing. That seed is planted, we’re watering it and it is growing, and I’m totally proud of these kids. We played tough and played hard and I am proud of them for that.”

The Trojans scored first in the second quarter at 10:24 when Coleman took it in from four yards out, with Nick Peerson kicking the extra point for the 7-0 lead.

On their next possession CHHS went up 14-0 on an Adams pass from Adams to Stephon Mosely for a 30-yard touchdown pass play.

The Tigers cut the lead to 14-6 when BJ Bedgood ran it in from 9 yards out with 1:57 left in the first half, which concluding the scoring at intermission.

CHHS took the opening drive in the second half and moved 56 yards in three plays, with Adams connecting with Boyd for a 7 yard TD reception, but the PAT was no good and it was 20-6 with 11:27 in the third.

Greenville cut the lead to 20-12 on their next possession as Jaiden Dunklin ran it in from 25 yards away, and the two point conversion was not successful with 6:52 remaining in the third quarter.

Coleman punched it in from 1-yard out for a touchdown with 5:14 left in the third, Peerson kicked the extra point and the score was 27-12.

Adams completed a pass to Coleman for a 60 yard TD with 4:18 left in the third quarter, and the extra point by Peerson made the score 34-12.

Greenville scored its final touchdown with 8:43 left in the contest when Ronald Davis scored on a 5-yard touchdown carry, and once again the two-point conversion was no good, and the score stood at 34-18 which held up to be the final.

The Trojans have a short week before their next game, when they host Carroll High of Ozark this upcoming Thursday, Sept. 8, in Troy’s Veteran’s Memorial Stadium for another Class 5A, Region 2 matchup.

Greenville is at home against Eufaula on Friday, Sept. 9.