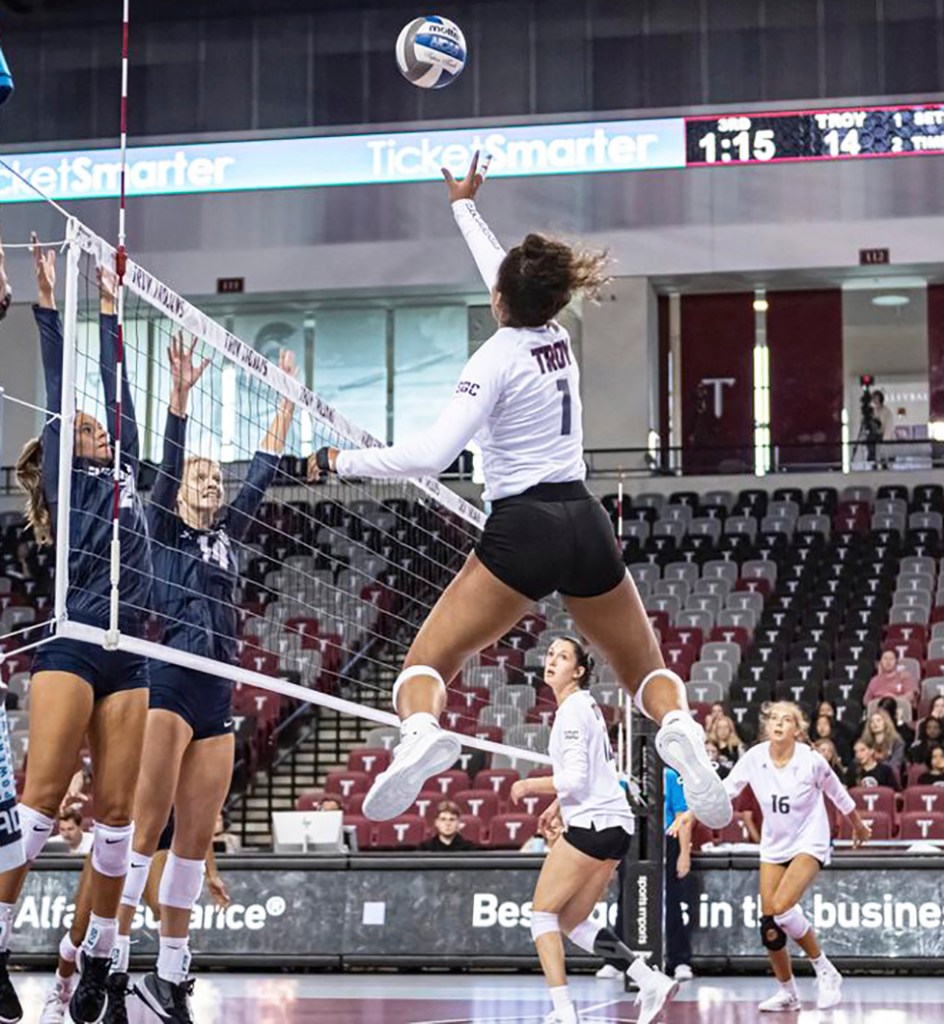 Amiah Butler (1) and the Trojans play at the Tiger Challenge on the campus of LSU this weekend. (Photo courtesy of Troy University Athletics)

The Troy Trojans (2-1) are headed to Louisiana to compete at LSU’s Tiger Challenge this weekend with a number of Power 5 opponents.

Troy will kick off the tournament against host school LSU of the SEC on Friday, Sept. 2, at 10 a.m. before playing No. 21 ranked Penn State of the Big 10 later that day at 5 p.m. Troy will play the Big XII’s Iowa State on Sept. 3 at 11 a.m., as well. The match with LSU will stream live on SEC Network+.

Troy has only played LSU once in school history, a win last season and has only face Iowa State once before, as well. Iowa State beat Troy in 1996 in the only meeting between the two. Troy and Penn State’s game on Sept. 2 will be the first meeting between the two schools. Troy has an all-time record of 0-1 against Big XII schools and a 4-30 record at SEC schools, while having never competing against a Big 10 school in previous seasons.