Pike County hungry for first win of the season 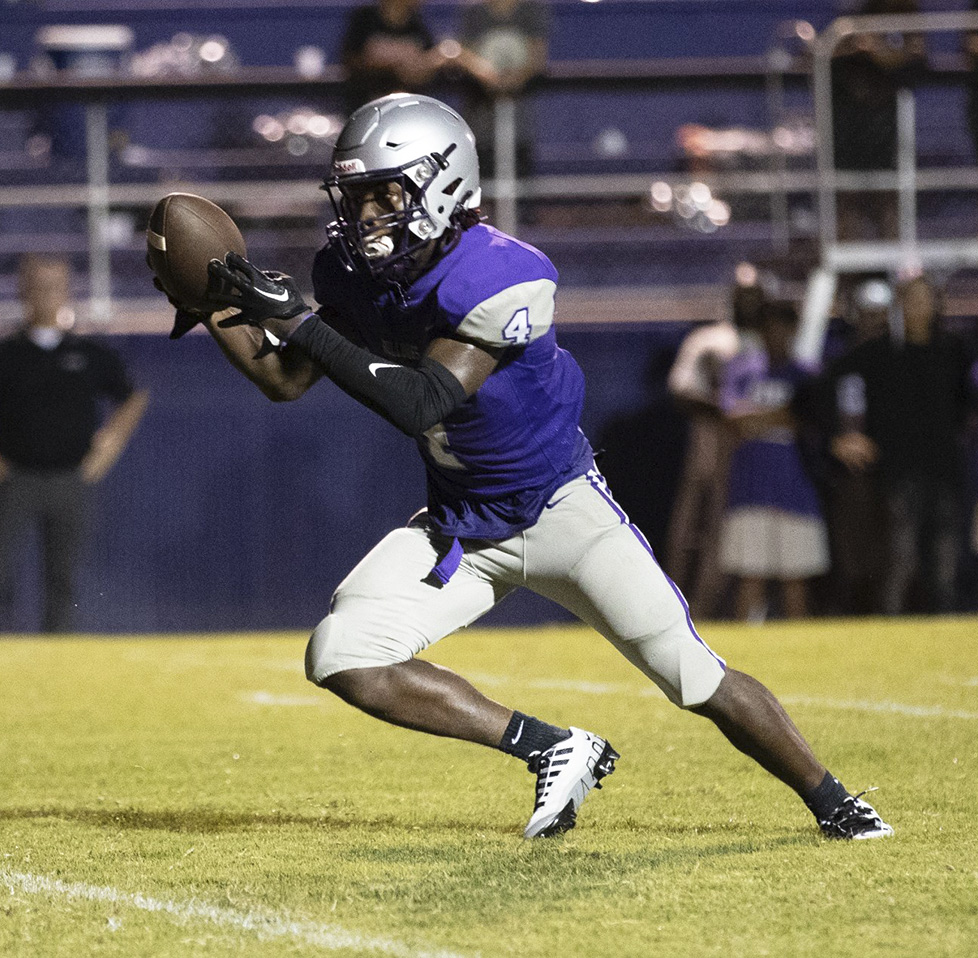 Zay Carlisle (4) and the Pike County Bulldogs are looking for their first win of the season. (Photo by Dan Smith)

The Pike County Bulldogs (0-1, 0-1) host the Ashford Yellow Jackets (0-1, 0-1) this Friday night in a Class 3A, Region 2 matchup with both teams looking for their first win of the season.

Both Pike County and Ashford opened the 2022 regular season with region losses, as Pike County lost a heartbreaker to Straughn 20-19 and Ashford lost 35-8 to Providence Christian, last week.

Pike County had its opportunities against Straughn, but ultimately a blocked PAT was the difference in the score.

“It was a tough loss,” Pike County coach Mark Hurt said. “It felt like a second round (playoffs) atmosphere and I thought our kids played hard and just came up a little short.

“We had our opportunities and I felt like it was an evenly matched game. (Straughn) just took advantages of their breaks a little better than we did.”

Senior athlete Ian Foster is quickly showing his playmaking abilities this season. After returning two kickoffs for touchdowns in the preseason jamboree, Foster caught touchdown passes of 30 yards and 57 yards against Straughn along with returning a kickoff for a touchdown.

Both Ashford and Pike County went winless in 2021 and both are not only looking to notch one in the “win column,” both teams are looking for an identity this season.

“Ashford uses a lot of formations offensively. I think they’re sort of like us, looking for their identity,” Hurt said. “They get in an ‘I-formation,’ a ‘wing’ set and even a ‘spread’ set. I think both teams are looking for that identity and are hungry for that win.”

Pike County has added a trio of brothers to their roster recently, as well. Keith Williams, Nemo Williams and Bubba Williams transferred to Pike County after starting the preseason off at Pike Liberal Arts School, where they played in 2021. Nemo Williams rushed for 123 yards in Pike Lib’s preseason game against Highland Home. All three Williams brothers will be eligible to play this season after their family moved to the school district.

“They bring experience, No. 1, more than we had already,” Hurt said of the brothers. “I think they’re young men that are hungry and well-mannered and they also bring size, too.

“That will help us a lot because experience and size is something we need. They’ll get a fair opportunity and be treated the same as everyone on the field and have the opportunity to be productive just like everyone else.”

Hurt wants to see his Bulldogs finish this week, regardless of who’s on the field.

“I want to see us continue to give a lot of effort and I want to see us execute a little bit better and not make as many mistakes,” Hurt emphasized. “We had three turnovers last week and I want us to be able to execute better in all phases this week and learn how to finish.”

This will be the first time Pike County and Ashford have played in a regular season game since 1999, a 14-6 Bulldog win. Pike County holds a narrow edge in the all-time series between the two schools 14-13. The Bulldogs and Yellow Jackets have also met six times in the playoffs, with Pike County holding a 6-0 edge in those games.

Pike County and Ashford will kickoff at 7 p.m. on Friday night at Bulldog Stadium in Brundidge.