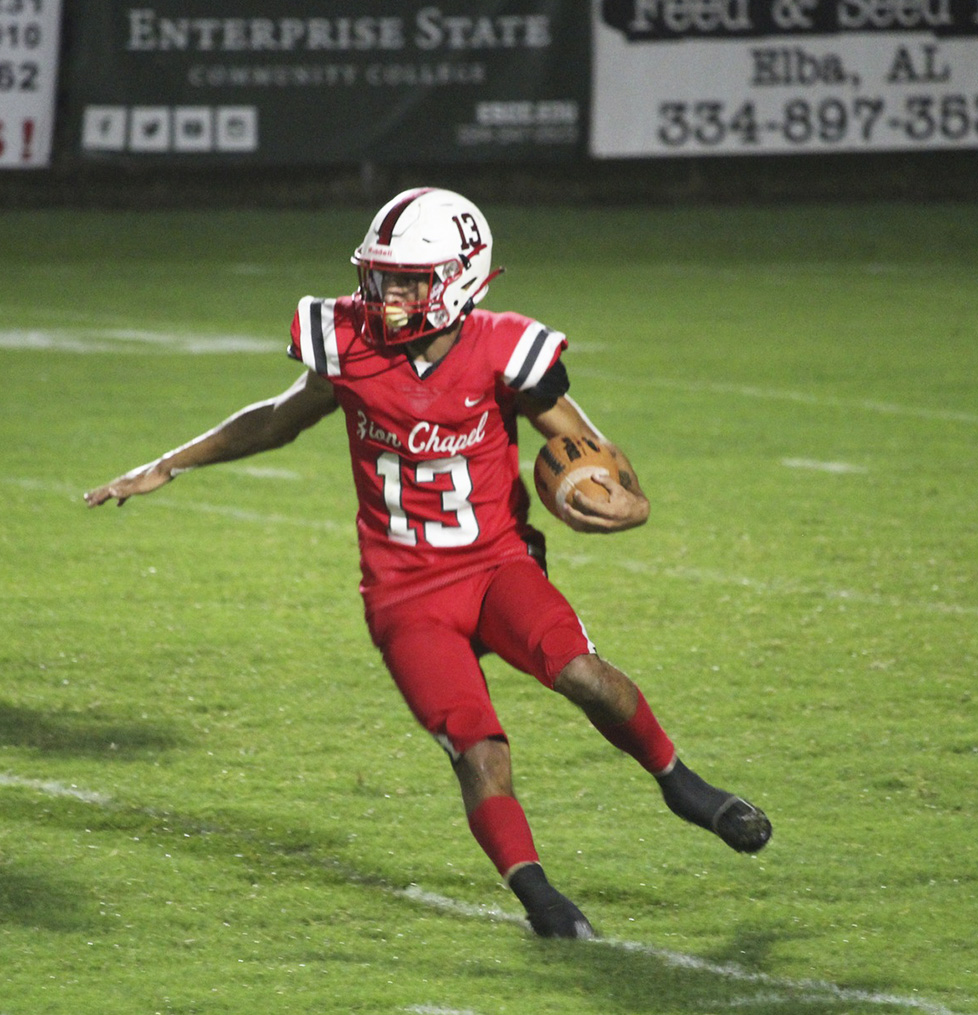 The Zion Chapel Rebels (0-1) will kickoff their region schedule this week against the Wicksburg Panthers (0-2) in a Class 2A, Region 2 game.

Wicksburg is coming off back-to-back losses to start the season 28-0 to Houston Academy and 31-12 against Rehobeth last week. Meanwhile, Zion Chapel fell 46-21 to Goshen last week in a game where the Rebels had their chances.

“We started strong but didn’t finish,” Zion Chapel coach Cody Keene said. “We’re still making some mistakes but we were able to move the ball effectively.

“We have to continue to improve defensively. It’s not as much about the team as our fundamentals we play with and how hard we play. They competed and played hard and gave themselves a chance to stay in the game – and even had a chance to take over the game at one point – but we didn’t capitalize on it.”

Zion Chapel’s Mason Stuart rushed for 59 yards and two touchdowns along with throwing for 52 yards last week, while Morgan Sanders rushed for 44 yards on seven carries, as well. In total, eight different Rebels ran the ball.

Zion Chapel also has a new member of the team as former Straughn receiver/defensive back Jaylon Guilford has joined the team following his families move to Zion Chapel. This week is the start of a three-game road trip for the Rebels and it will start with a bang.

“They’re a big, physical, well-coached football team like every team in our region,” Keene said. “Their running back is a really good player and a good, physical kid that runs hard. I expect to see them run the ball right us and our kids have to respond.”

Keene wants to see his squad continue their improvement this week.

“I want to see the same thing every week, just keep improving and play with better fundamentals and play through the whistle for all four quarters,” he emphasized.

Zion Chapel and Wicksburg will kickoff at 7 p.m. on Sept. 2 at Panther Stadium in Newton.