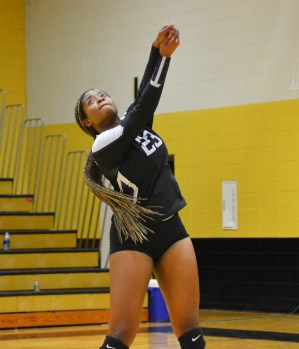 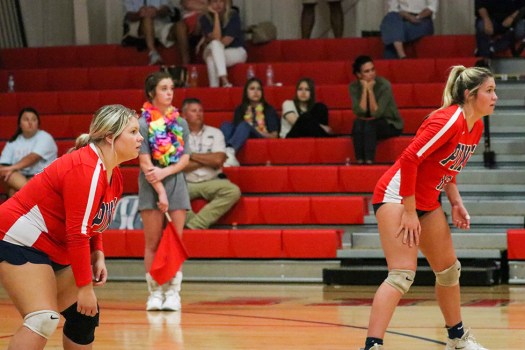 Pike opened its home schedule with a clean sweep of a Class 2A, Area 5 matchup with the Luverne Lady Tigers. Pike dominated all three sets 25-14, 25-16 and 25-16. Emma Baker led the way for the Lady Pats with eight aces, five kills and four blocks, while Anna Cate Friday totaled four kills and Mary Grace Brooks netted three kills on the night. 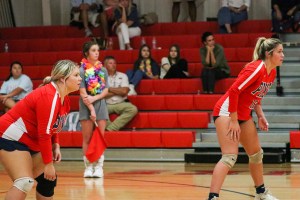 Pike heads to Goshen on Thursday night for another area match with Goshen.

The Lady Dawgs picked up a 3-1 win over Elba on the road on Tuesday night, as well. After Pike County won the first set 25-23, Elba rebounded to tie the match with a 25-22 win in the second set. The Lady Bulldogs then owned the third set, winning 25-15, before closing the match out with a 27-25 win in the fifth.

Pike County hosts Straughn in a Class 3A, Area 3 match on Thursday night.

Also, in volleyball action the Goshen Lady Eagles fell to Class 5A’s Andalusia at home on Tuesday. Goshen was swept by the Lady Bulldogs 25-16, 25-7 and 25-13 in the three sets. Kaci Wilkes led Goshen with seven kills, six digs, four assists, one ace and one block, while Jaci Rushing added seven assists and three digs. Mikala Mallard also totaled three kills and one block and Emily Hussey had 14 digs.

Charles Henderson also dropped a road game in Dothan on Tuesday against Emmanuel Christian Academy, losing 3-1. The Lady Trojans lost the first set 25-18 but came back to win the second set 25-23 to tie the score. Emmanuel Christian then dominated the third set 25-12 before capturing the match win 26-24 in a tight fourth set.

The JV Lady Trojans also lost to Emmanuel Christian on Tuesday, falling 28-26 and 25-16 in two sets.

The Zion Chapel Lady Rebels traveled to New Brockton on Tuesday and were swept 3-0 with the Lady Gamecocks taking all three sets 25-19, 25-13 and 25-19. Zion Chapel will host Charles Henderson on Thursday night.