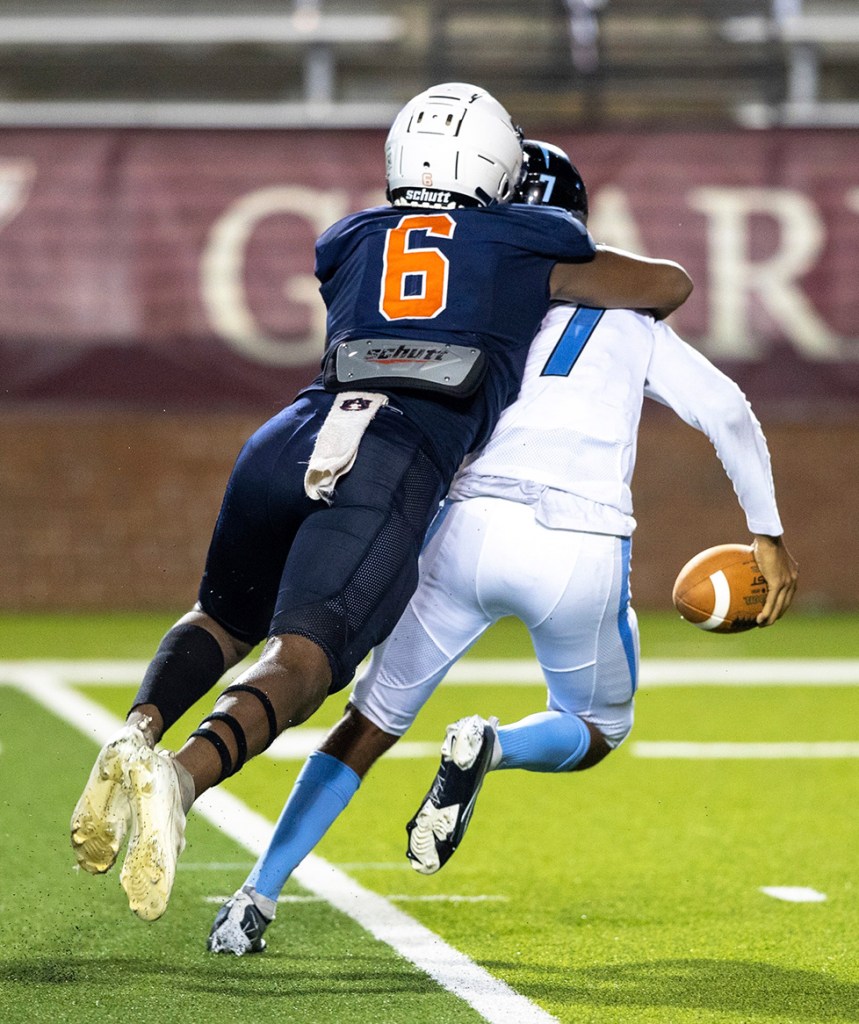 Zion Grady (6) and the Trojans will look to stay undefeated this week. (Photo by Dan Smith)

The Charles Henderson Trojans (1-0) will host the Greenville Tigers (1-0) in a Class 5A, Region 2 showdown on Friday night at Veteran’s Memorial Stadium.

After trailing at halftime last week, Charles Henderson moved receiver Jy’won Boyd to running back and the talented playmaker finished the half with 91 yards on the ground and three touchdowns to go along with 103 yards receiving. Quarterback Parker Adams also threw for 169 yards and two touchdowns on 13-of-17 passing. This week, starting running back Zach Coleman is expected to return to the lineup to give the Trojans even more firepower.

“We still have a long way to go when it comes to maturing and execution, a lot of the little things,” CHHS coach Quinn Hambrite said. “The mental busts really killed us in the first half, we just weren’t locked in like we were supposed to be. Overall, in the second half we showed grit and resiliency that we didn’t show last year. I was super proud of them for finishing the game strong.”

The win last week was Charles Henderson’s first win in a regular season opener since a 38-6 win over Daleville in 2014. Charles Henderson now has a chance to win back-to-back games for the first time since 2019, as well. It won’t be easy, however, as Charles Henderson hasn’t earned a win over the Tigers since 2017. Greenville also boasts a new coaching staff, starting with new head coach Patrick Browning. Browning is coming off a state championship at Pike Road in 2021.

“They’ll be physical and they’ll play very, very hard,” Hambrite said of Greenville. “They have Patrick Browning from Pike Road there now and are implementing his offense. They have a lot of shifts and motions but at the end of the day 11 people have to line up in front of each other and the best team will win the game.”

Physicality, effort and discipline is the name of the game for the Trojans going into a rivalry matchup with the Tigers.

“I just want to see us fight and get after it,” Hambrite emphasized. “I want to see us be disciplined in all phases of the game and show that we’re a physical team. These last two games have been very physical for us and we showed that we can be tough and physical.

“Physicality is the name of the game, along with discipline and effort. There will be some ups and downs but we have to stay even keeled throughout the night to give ourselves a chance to win.”

Charles Henderson and Greenville kickoff at 7 p.m. on Sept. 2 at Veterans Memorial Stadium in Troy.