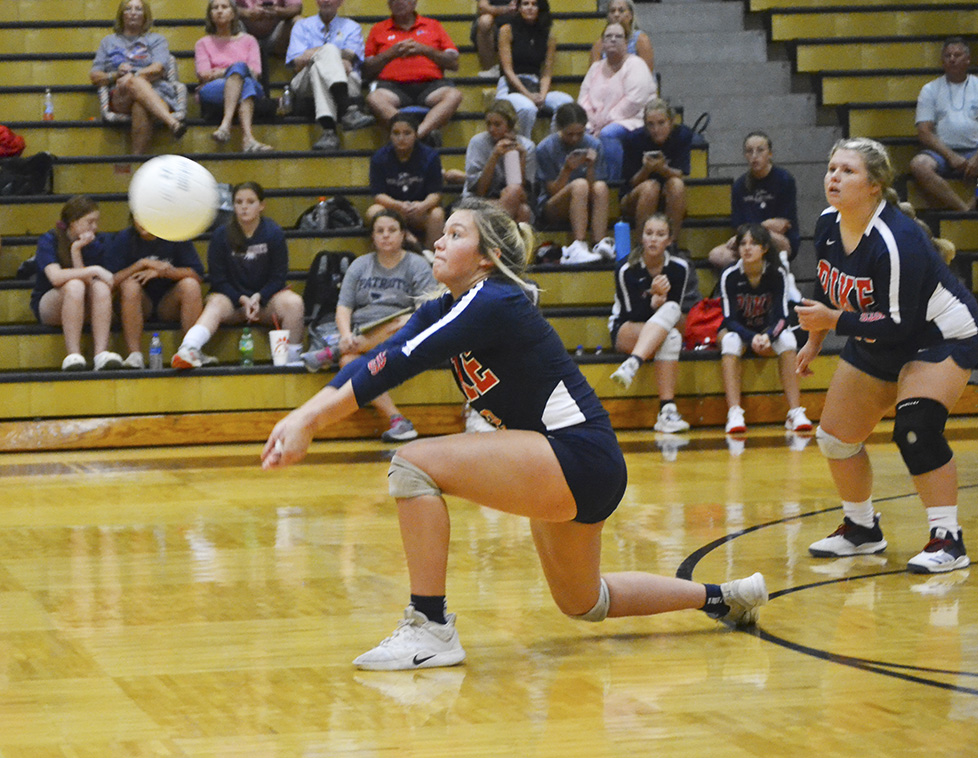 The Pike Liberal Arts Lady Patriots (1-0) opened the 2022 volleyball season with a 3-2 win over the Elba Lady Tigers (0-3) on Monday night on the road.

Pike picked up the win in the first set 25-19 and then jumped out to a dominant 11-0 start in the second set before Elba rallied and capitalized on PLAS mistakes to win the set 25-23 and tie the match.

In the third set, Elba took control of the match winning the set 25-19 and going up by one on the Lady Pats. Pike turned things around in the fourth set, tying the match with a 25-14 win and then earning the overall match win by taking the fifth and final set by a score of 15-6.

Junior Emma Baker and seniors Emily Bryan and Mari Grace Brooks each earned five kills in the win, while Baker also had seven blocks and Brooks totaled two aces. Sophomore Amaia Vargas chipped in with 20 digs on the night.

The junior varsity Lady Pats also swept the Lady Tigers 2-0 on Monday night. Pike will open its home schedule tonight for an area match with Luverne before traveling to Goshen on Sept. 1 for another area match.