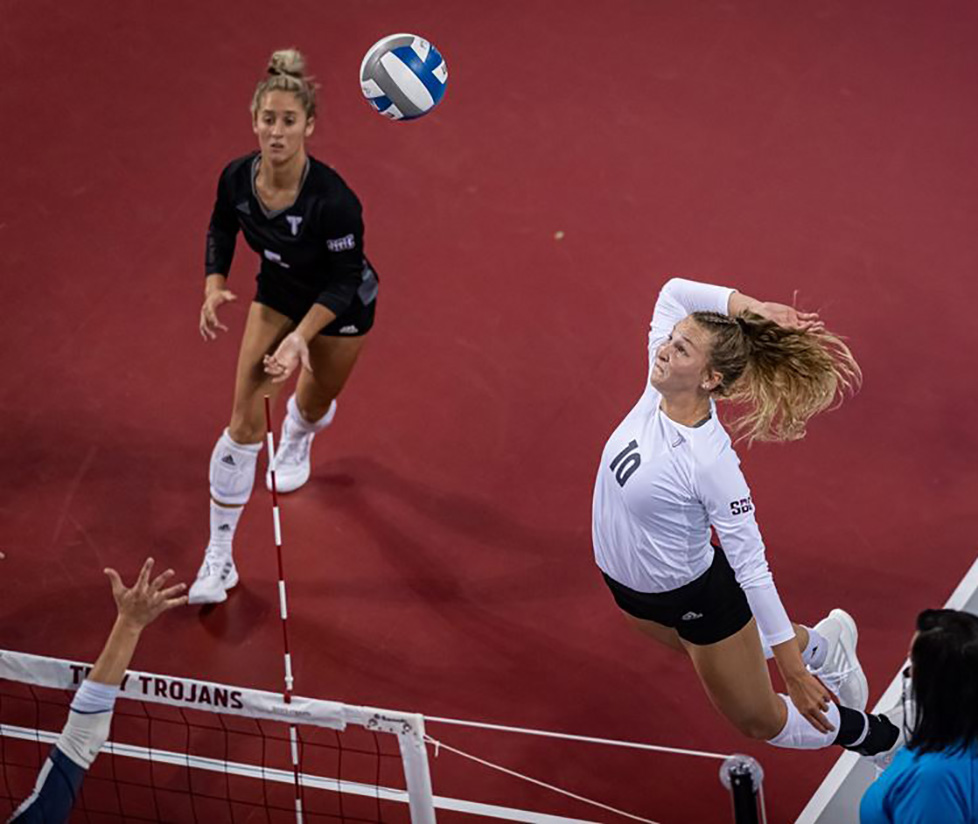 The Troy Trojans (2-1) opened the 2022 volleyball season competing in the Classic City Clash on the campus of the University of Georgia this weekend, finishing with two wins and one loss.

Troy kicked off the season on Aug. 26 with a tough 3-0 loss to the SEC’s Georgia. Georgia swept the three sets 25-19, 25-18 and 25-17. All-Sun Belt performer Julia Brooks led the Trojans with seven kills and two blocks, while Amara Anderson earned 20 assists and six digs.

“We battled tonight but had a difficult time being consistent,” Troy coach Josh Lauer said. “The tempo of Georgia’s offense put a lot of pressure on us, but this is what the non-conference schedule is all about. We were challenged and learned a lot tonight that is absolutely going to help us mature and develop as a team.”

Troy bounced back on Saturday, though, to pick up a pair of wins over Santa Clara and Chattanooga. The Trojans started things off with an exciting 3-2 win over Santa Clara, taking the first set 25-10 before falling in two straight sets 25-22 and 25-22 to Santa Clara. Troy tied the match with a 25-21 win in the fourth set and then took the match with a 15-10 victory in the final set.

Both Tori Hester and Amiah Butler had big days for Troy as Butler earned 19 kills, two blocks and two digs, while Hester totaled a career-high 26 kills, three aces and eight digs. Anderson also had a big day with 55 assists, four kills, an ace and three digs.

Troy then knocked off Chattanooga 3-1 in the final match of the tournament. Troy won the first set 25-16 but Chattanooga answered to take the second set 30-28 before the Trojans closed things out, dominating the final two sets 25-16 and 25-14.

“I was also very proud of the resilience of our passers and how well different players stepped up when called upon, particularly Jaci Mesa and Jessica LoPresti. Truly a full team effort today.”

Troy’s tour of SEC Country continues this week as the Trojans battle a trio of Power 5 schools in LSU’s Tiger Challenge this coming weekend. Troy will play both LSU and Penn State on Sept. 2 before closing things out against Iowa State on Sept. 3