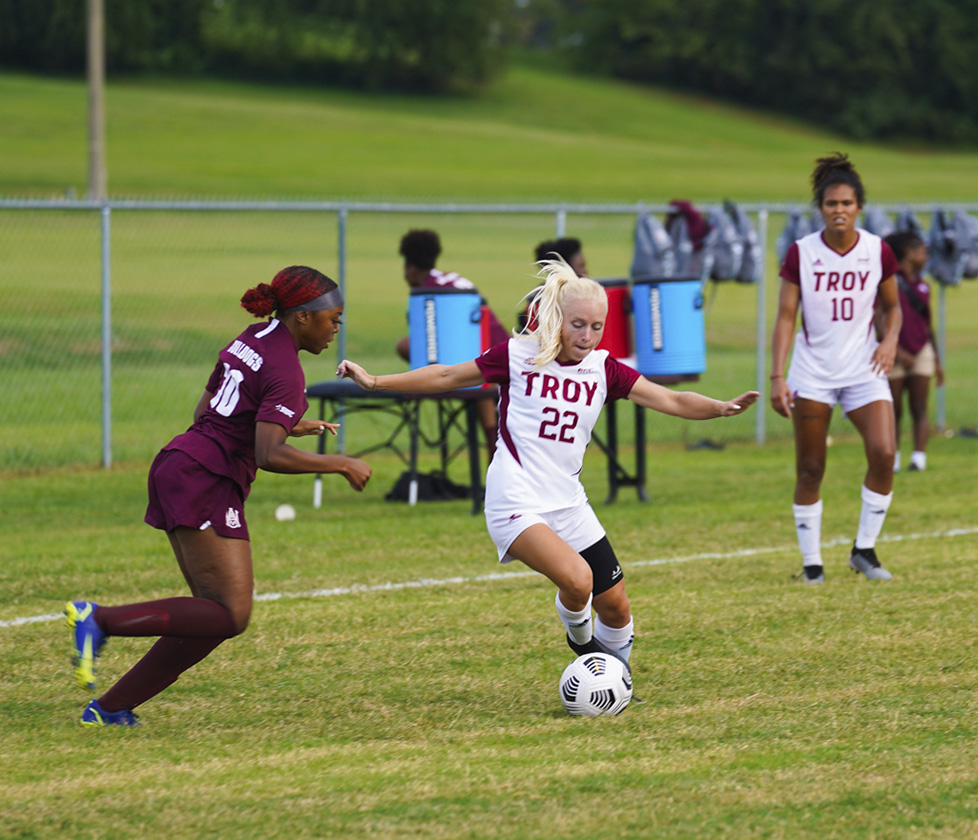 The Troy Trojans soccer team earned its first win of the 2022 season 3-1 over McNeese State during South Alabama’s Soccer Tournament in Mobile.

The win gives the Trojans their first win of the season but also the first win of new head coach Robert Lane’s career.

“It was a good response. I was really impressed with the girls after our disappointed result at (Alabama A&M) on Monday,” Lane said. “It was nice to see some fight from them. After not hitting anything all fall, it was awesome to see them put three (balls) in the back of the net.

“It was truly exciting. We tinkered with the lineup a little bit and saw everything that we’ve been working on pan out for a solid victory. We’re going to continue to get better and prepare ourselves for the Sun Belt.”

Jayla Gage gave Troy its first points of the season when she earned a goal off an assist from Ella Owen with just 11 minutes of game action eclipsed. Erin Bloomfield then earned another goal 34:11 into the game during a penalty kick. Just 45 seconds later, however, McNeese State’s Salma Elhaimer cut the lead to 2-1.

Troy scored another goal on a corner kick in the second half when Jordan Stack scored off a header from a Gabrielle Chartier corner kick. Troy goalkeeper Lindsey LaRoche earned three saves on the day, as well.