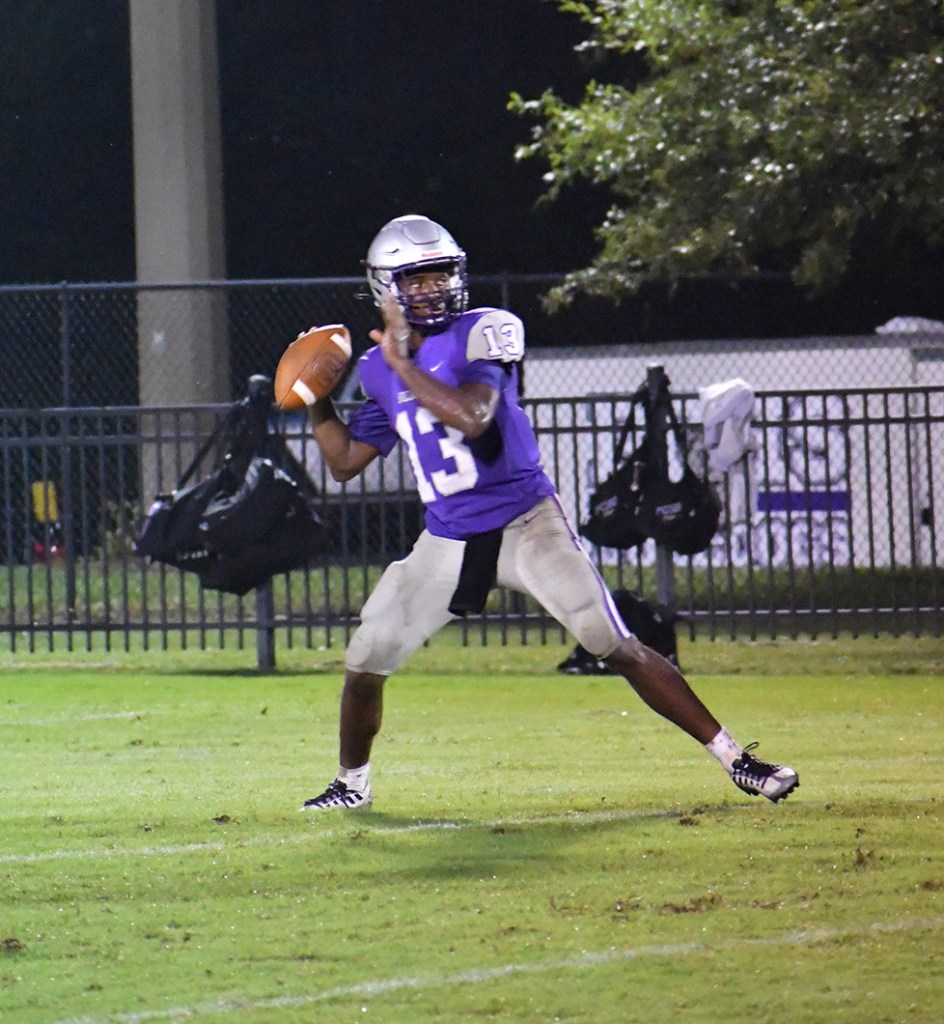 In a back-and-forth classic, Straughn edged Pike County at home, 20-19, in the season opener for both teams Friday night.

The Tigers (1-0, 1-0 3A Region 2) knocked off the Bulldogs (0-1, 0-1) for the first time in 18 years and picked up their second win in school history. Layne Grantham had a 15-yard run for a first down on the first play of the game. After two rushes moved the ball past midfield, Aaron Olhava converted a fourth down before the drive stalled. Straughn quickly forced a three and out on defense and took over in opposing territory. The Tigers sniffed the end zone but came up short on a field goal attempt and left the game scoreless after one.

The Bulldogs picked up a first down early in the second quarter before a punt but recovered a fumble at the home 41. Despite the Tigers forcing fourth down, a penalty gave Pike County new life and a first down. Omari Barrow threw a 30-yard touchdown pass to Ian Foster with 4:40 left until halftime. The PAT was blocked and left the score, 6-0. Both teams then traded possessions as the Bulldogs took over with an opportunity to score near the end zone before the break. Dylan Smith sacked Barrow on the final play and kept the score, 6-0.

Pike County then came out after halftime and returned the kickoff for a touchdown. Arturo Perez-Hernandez added the PAT for a 13-0 lead with 11:40 to go in the third quarter. Straughn took over and put together a methodical 15-play, 6:33 drive. Grantham began the drive with a 13-yard pass to Micah Turner. Olhava converted two crucial fourth downs with runs and capped the drive with a 19-yard touchdown run bouncing off a would-be defender. The PAT was no good and left the score 13-6 with 5:07 in the third.

The Bulldogs had a good kickoff return from Markelis Hobdy before Grant Barnes intercepted the ball for a 20-yard return into visiting territory. Olhava chewed up the grass for 35 yards and reached pay dirt with a 1-yard touchdown run as the Tigers drew even. Brenden Bartholomew converted the PAT for a 13-13 tie after three quarters.

Charlie Jordan recovered a fumble on Pike County’s next drive as Straughn once again blitzed inside the red zone. Following a rash of penalties, the Bulldogs recovered a fumble of their own with 8:09 left in the game. Barrow converted a third and long with a 24-yard pass to Chamarion Brown. The Tigers tightened up and made it fourth down, but Barrow threw a 57-yard touchdown pass to Foster. Another blocked PAT left the score 19-13 with 4:48 to go. Grantham opened the next possession with a 21-yard pass to Turner and into opposing territory. Olhava followed with a 22-yard dart to the 15 aided by a horsecollar penalty. Grantham found Barnes open in the corner of the end zone on second down from 8 yards out. Bartholomew knocked the PAT as Straughn took its first lead, 20-19, with 3:12 left.

Pike County barely had time to get its offense together on the ensuing drive as Parker Black intercepted the first play. Straughn ran the clock down to 9.6 seconds before a punt. Logan Arnett delivered the knockout blow with a sack of Barrow as the final horn sounded.

The Tigers will remain home and host the Daleville Warhawks (0-2, 0-1) in region play Friday, Sept. 2.