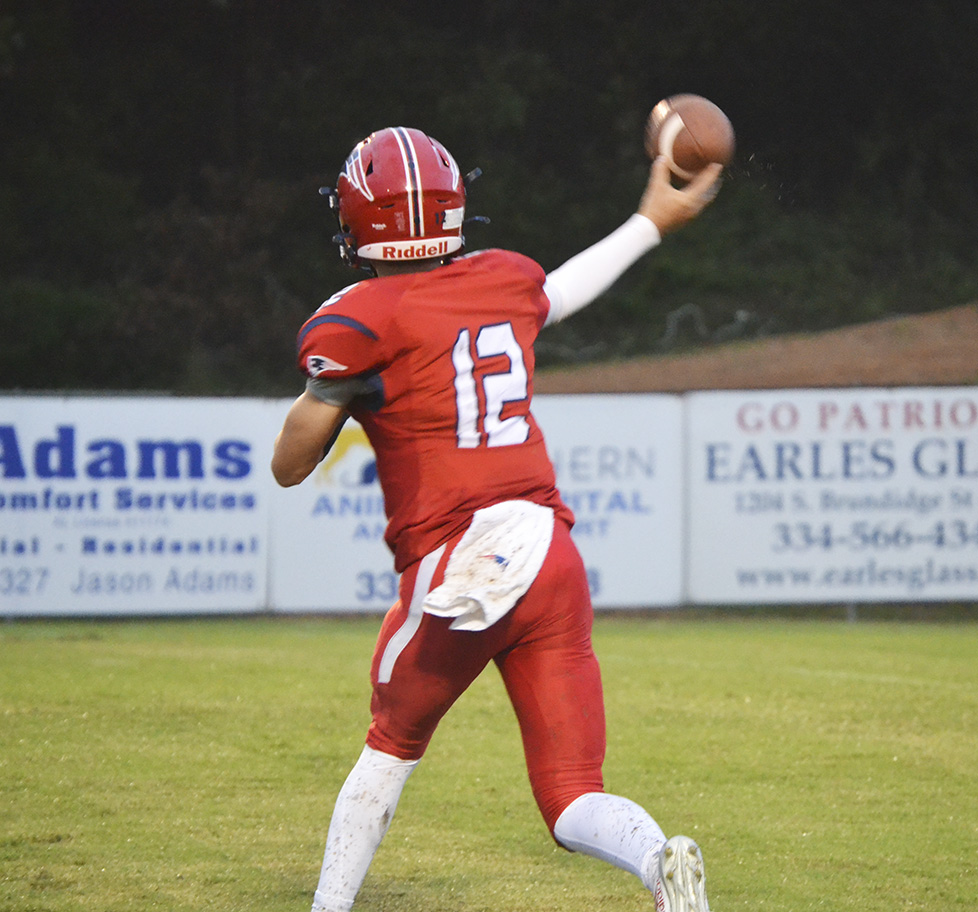 Despite holding a halftime lead, Pike Liberal Arts Patriots (0-2) ultimately fell to the Bayside Academy Admirals (1-1) by a score of 33-15 on Friday night.

After initially falling behind 7-0 early, Pike came storming back to score 15 unanswered points. First, Cade Renfroe booted a 28-yard field goal and then Dawson Bradford found his older brother KC Bradford for a 48-yard touchdown pass to put Pike up 9-7 after a miss PAT attempt. Not only did it give Pike it’s first lead of the season, it also gave the Patriots their first ever touchdown in the Alabama High School Athletic Association.

After a Bayside fumble, Bradford heaved an 86-yard touchdown pass to Levi Deboer to extend the lead to 15-7. Bayside managed to connect on a 37-yard field goal just before halftime to cut the lead to 15-10, however.

In the third quarter, turnovers and lack of depth haunted the Patriots as the Admirals began to wear them down. Bayside went on to score 23 unanswered points to pick up the win.

Dawson Bradford threw for 207 yards and two touchdowns with one interception, while his brother KC Bradford caught four passes for 113 yards and a touchdown. Deboer also caught three passes for 89 yards and a score.

Pike is back on the road next week against Chipley High School in Florida.