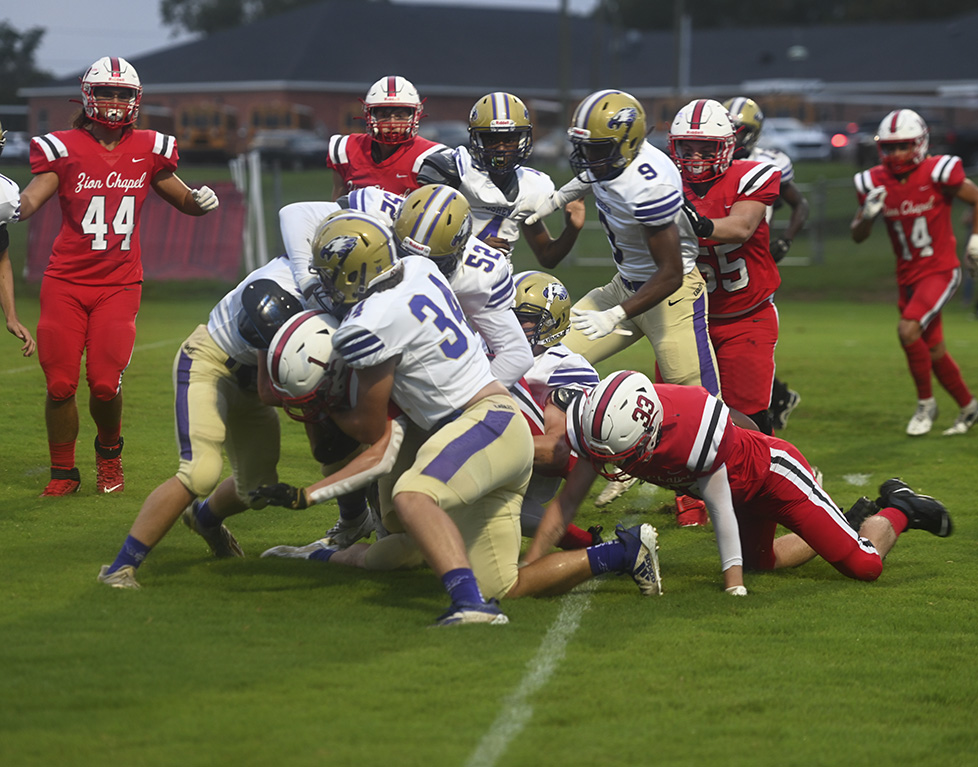 Goshen and Zion Chapel slugged it out on Friday night. (Photo by Savanah Weed)

The Goshen Eagles (2-0) remain undefeated after picking up a 46-21 win over the Zion Chapel Rebels (0-1) on Friday night.

Zion Chapel actually struck first as the Rebels scored on a 4-yard touchdown on their first drive of the game. Goshen managed to come back and score on a 12-yard touchdown pass from Peyton Stamey to Tyler McLendon to cut the lead to 7-6 after a failed PAT. Goshen managed to score twice more in the first half, while the Rebels got on the scoreboard once more. Goshen took a 21-14 lead into halftime.

It was all Goshen in the second half, though, as Jamari McClure scored twice in the half, Brody Wilks scored once and Ka’Davion Bristow scored once.

McClure ended the game with 200 yards and four touchdowns on just 12 rushing attempts, while Szemerick Andrews added 69 yards on seven carries and Bristow rushed for 78 yards on two carries. Stamey completed 2-of-4 passes for 57 yards and a touchdown. Defensively, Andrews earned eight tackles, while Jacob Saupe had seven tackles and two tackles-for-loss.

Zion Chapel was led on offense by Mason Stuart with 59 yards and two touchdowns on 16 carries. He also completed 3-of-8 pass attempts for 52 yards.