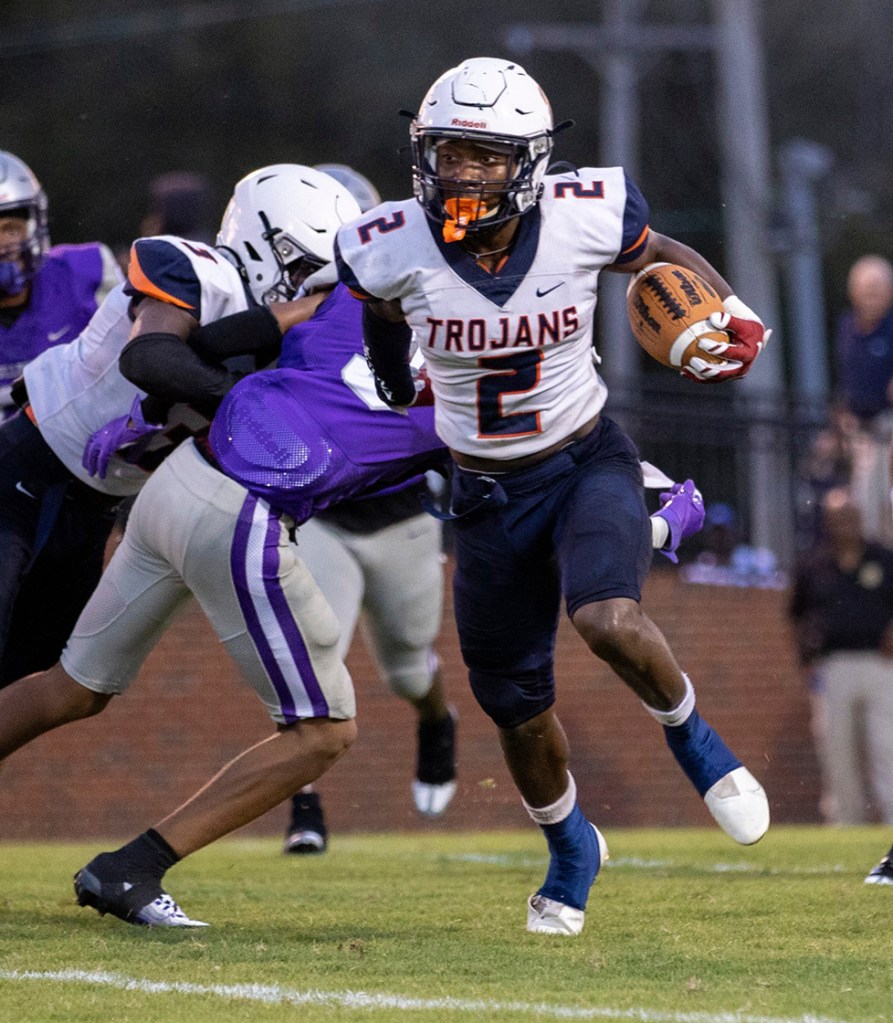 The Charles Henderson Trojans (0-0) will open the 2022 regular season with a home game against Class 7A’s Mary G. Montgomery Vikings (0-1) on Friday night.

While this is Charles Henderson’s season opener, the Trojans picked up a 35-14 win over Pike County in a preseason jamboree last week. On the other hand, Mary Montgomery lost to Class 5A’s Williamson 21-20 in overtime in the Vikings’ regular season opener. Mary Montgomery is coming into 2022 with a new head with his own connection to Troy.

Mary Montgomery head coach Zach Golson played for Hall of Fame Troy University quarterback Mike Turk at Huntingdon College. Golson became known in Alabama has one of the top offensive minds in the state as his offenses at both McGill-Toolen and Daphne were two of the highest scoring programs in the state before he took over at Mary Montgomery.

Hambrite was pleased with his team’s physicality in the jamboree last week.

“We played very well, we were really physical,” Hambrite said. “That’s my biggest thing. I wanted to see us run the ball and we did that. We ran for 196 yards Friday night and that was the game plan.”

One thing that Hambrite didn’t like was the fact that Pike County returned two kickoffs for touchdowns, however.

“I think that was our kids not really understanding that special teams is a vital part of the game,” Hambrite said. “In all honesty, (Pike County receiver) Ian Foster is probably going to make those plays anyway, no matter who’s playing, but we have to run downfield on kickoffs.

“(Monday) we worked on kickoff the entirety of our special teams session. I can’t allow that to happen again. Special teams can win or lose a game for you.”

Last season, Charles Henderson dominated the preseason jamboree but in week one lost 50-0 to Montgomery Catholic. Hambrite’s team and staff are working to ensure that doesn’t happen again.

“Last year we made the mistake of the kids talking about that win until Wednesday of the next week and that showed on Friday,” said Hambrite. “My biggest thing right now is a 24-hour rule. You celebrate until Saturday night at 7 p.m., and at 7:01 p.m. the win never existed. We start over.”

Leadership is a big part of having the proper mindset and Hambrite is encouraged by the maturity and leadership he’s seeing in his program already this season.

“You have guys that weren’t vocal that are being more vocal now,” he said. “I had a kid that got a penalty for a crack block (on Friday) and on Monday he came up to me after practice and said, ‘Coach, go ahead and give it to me.’ He didn’t run from (his punishment). That’s that accountability factor I’ve been preaching to them. You can’t run from your mistakes or the work and at that moment I knew we’re growing.”