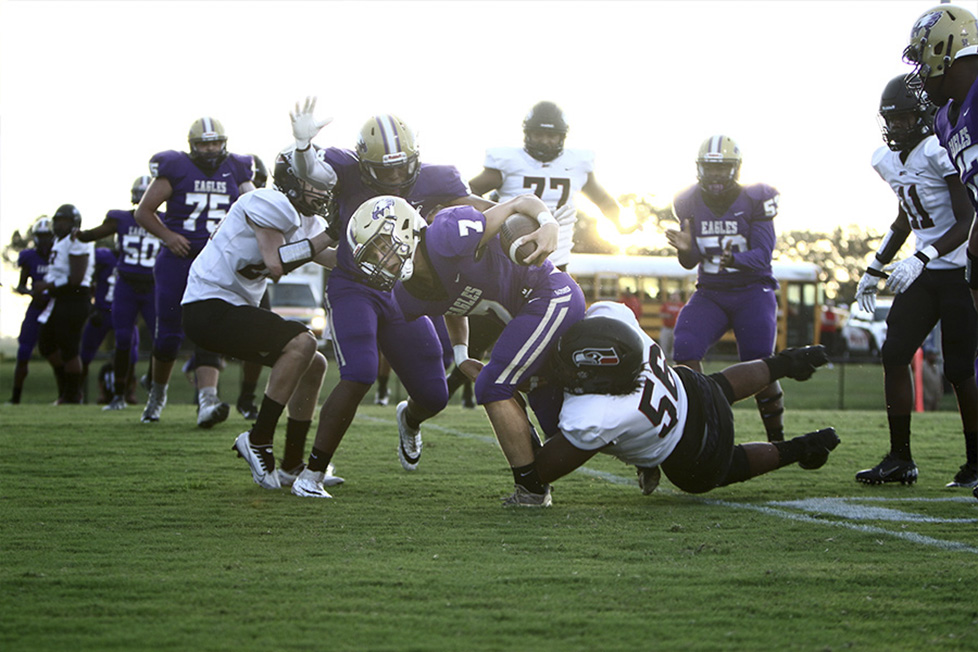 The Eagles are coming off an impressive 38-19 win over Class 3A’s Daleville last week in a regular season game, while Zion Chapel fell to Florala 52-28 in a preseason jamboree.

Goshen’s explosive offense piled up 341 yards of total offense against Daleville with 296 yards coming on the ground. Sophomore Szemerick Andrews compiled 144 yards and two touchdowns on the ground in just 12 carries, while senior Jamari McClure had 59 yards and one touchdown on the ground along with 131 yards on five punt returns. McClure also earned four tackles and a sack on defense.

“Winning is always good, so we’re happy about that,” Goshen coach Don Moore said of the Daleville win. “I think our guys came out and performed well and at times we had some down times but that’s to be expected.

“We had some mistakes but that’s also to be expected early in the year and all of that can be fixed. That’s what we talked about (on Monday) and what we’re working on this week. At times we had a little lack of effort and we want to finish things off. We’re just trying to correct those mistakes and finish things.” 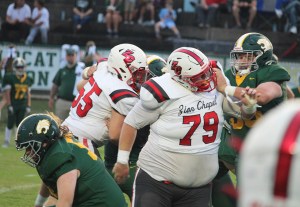 Zion Chapel netted 282 yards of offense in the preseason game against Florala in its new modified “single wing” style of offense.

“It was a good learning experience for our guys moving forward,” Zion Chapel coach Cody Keene said. “We really played hard 99.9 percent of the time, which is an improvement from the recent past.

“One of the biggest takeaways is we have three plays that really shot us in the foot and we have to learn from those mistakes and move on.”

That new run-oriented offensive attack is what sticks out most to Moore about the 2022 Rebels.

“They have a good running game,” Moore flatly said. “They line up in a ‘single wing’ type of set, which seems to be making a little bit of a comeback. Kinston runs it, Elba’s been running it, Enterprise had been running it with (Rick) Darlington and now Zion Chapel is running it.

“So, they run the ball really well. They have a big offensive line and are able to move people. Their running back and quarterback run hard, too.”

Keene said that he had never run the “single wing” offense until this season but said it fit best his personnel at ZCHS. The passing game can be a rarity in the “single wing” but when it’s used can also be deadly for an opposing defense that has gotten use to seeing running plays almost every down.

“I expect to see a Goshen team, a physical team with really good athletes, the type of team they’re known for,” Keene said. “They’ll be well-coached, too. Don Moore has been around the Wiregrass and is a great football coach.

“They’re well-coached on defense, which is where he really hangs his hat. They’re breaking in a new offense and getting better at it every week. They’ve gotten better and better since the spring and we have to continue to do the same thing.”

Moore said the key for his Eagles against ZCHS will be cleaning up some of the mistakes that plagued Goshen against Daleville.

“We have to clean up those mistakes and finish things,” Moore said. “That’s the big thing. We can’t get lackadaisical and give up touchdowns after we get a touchdown like we did last week. We have to eliminate the stupid penalties. You can’t eliminate all penalties but the stupid ones are the ones we can control and we want to eliminate those.”

Goshen and Zion Chapel will play at 7 p.m. on Friday night at Greene Memorial Stadium on the campus of Zion Chapel School.