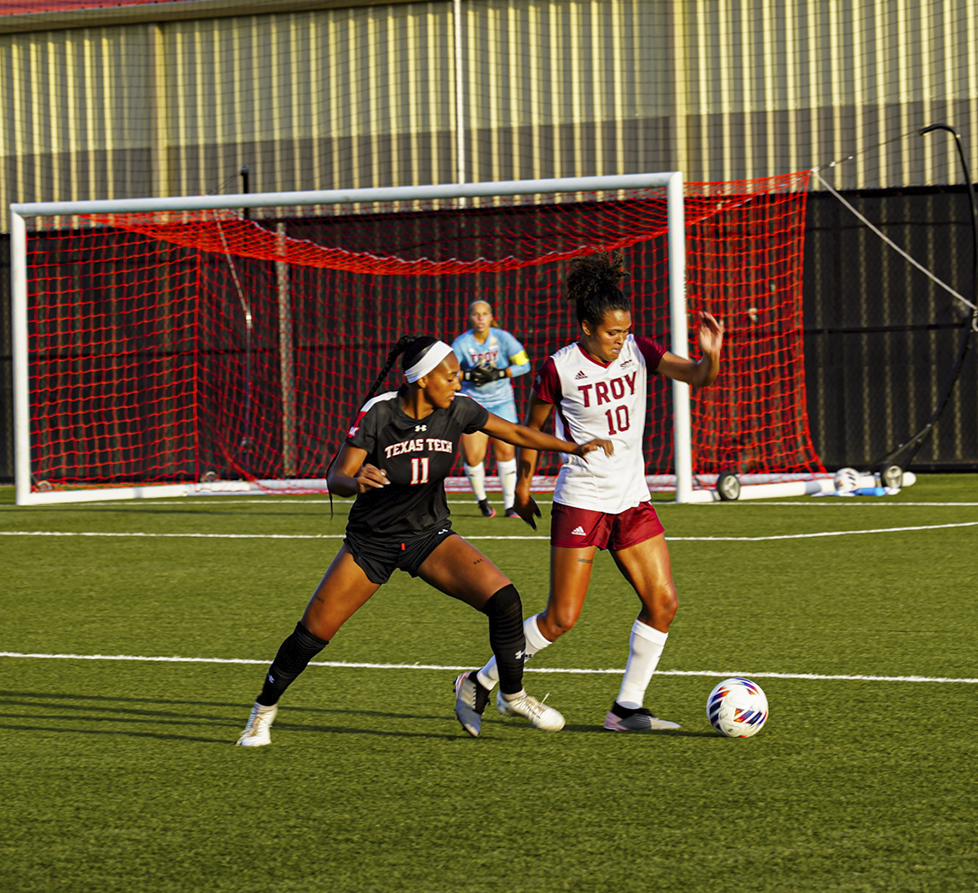 Taytum Terrell (10) and the Trojans lost to Texas Tech on the road on Thursday. (Photo courtesy of Troy University Athletics)

The Troy Trojans (0-1) soccer team opened the 2022 season on Thursday with a 2-0 loss on the road to Texas Tech at the John Walker Soccer Complex.

While the Trojans were able to hang tough with the Red Raiders defensively, Troy was unable to get on the scoreboard. Troy took just two shots on the afternoon, compared to Texas Tech’s 17 shot attempts. Troy goalkeeper Lindsey LaRoche kept the Trojans in the game, earning six saves.

Texas Tech’s Charlotte Teeter earned the first goal of the night with 20:36 eclipse in the game and Ashleigh Williams earned the second goal with just three minutes of the second half elapsed.

“I appreciate the effort put forth by the ladies tonight. Texas Tech is a great side that will compete for a top spot in the Big 12,” Troy coach Robert Lane said. “That’s a good early match for us against a quality opponent who asked questions about our group throughout the 90 minutes. I’m looking forward to the response from this team on Monday.”