Pike Lib falls to Mobile Christian on the road 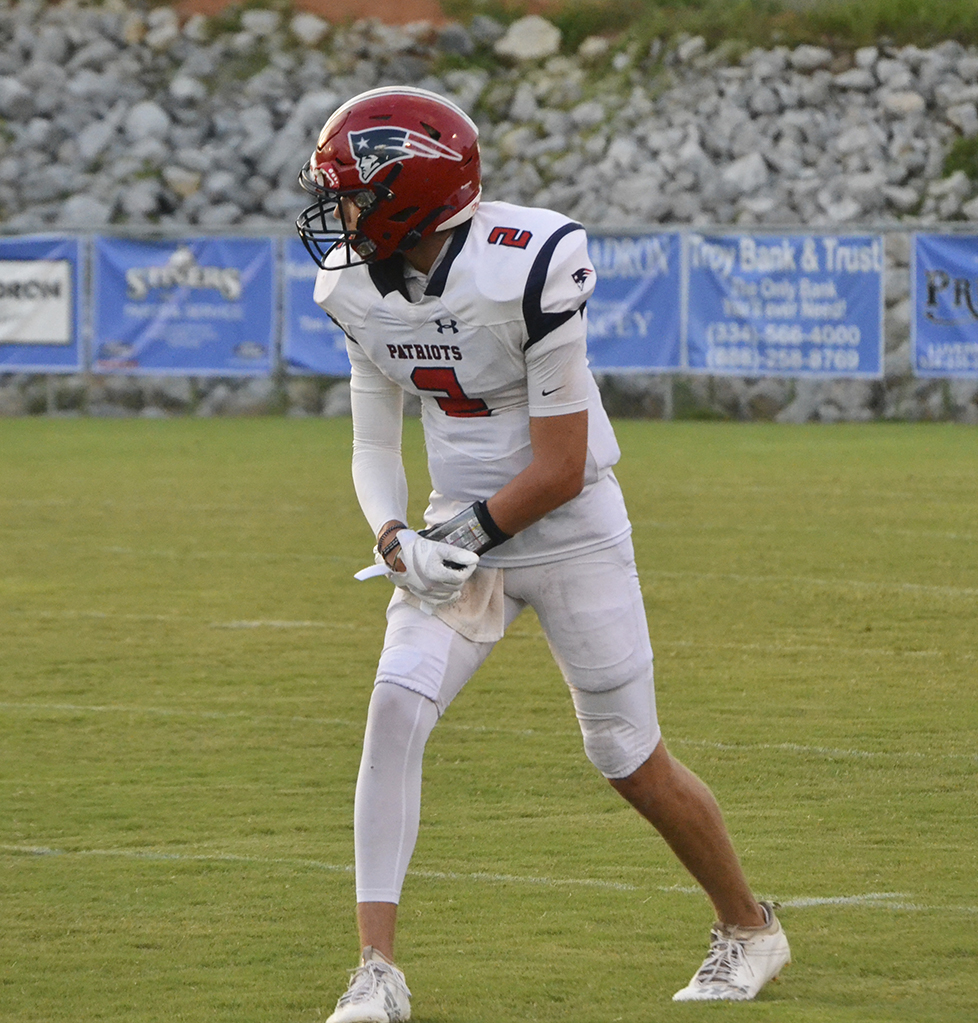 The Pike Liberal Arts Patriots officially opened the 2022 regular season on the road on Friday night with a frustrating 35-3 loss to the Mobile Christian Leopards.

Pike Lib already came into 2022 having lost a number of last season’s players and found itself down by three more after three starters departed from the team late in the week.

“After the adversity we had this week, and the players that we lost, we had to basically put up an emergency lineup Thursday afternoon,” Pike coach Travis Baxley said. “We started two eighth graders on the offensive line and played a (Class) 3A powerhouse. Still, we had some good stops on defense and were able to move the ball on offense a little.”

While the Patriots couldn’t manage to find the end-zone, they did put up their first points of in the Alabama High School Athletic Association with a field goal. Despite the score, Baxley was proud of his team.

“All things considered – we’re not happy about a loss – but I’m proud as hell of our kids and their grit and determination,” he said. “We’ll go back to work and improve every week. Our opponent next week will get our very best shot.”

Baxley emphasized that he’s proud of his team and said they’ll not only learn from the adversity they’re going through now, but will grow from it, as well.

“I’m absolutely proud of this group,” he continued. “When people quit on you it’s more of an addition by subtraction. We support the people that grind it out even when it’s tough.

“We are proud of our kids and if you come through the Pike Lib football program you will be a man among men.”

The Zion Chapel Rebels also traveled to Florala on Friday night for a preseason jamboree. The Rebels lost to the Wildcats 52-28 in the preseason matchup. Mason Stuart led the Rebels on the ground as Zion Chapel totaled 282 yards rushing and 286 yards of total offense. Zion Chapel will open the regular season next week at home against Goshen.