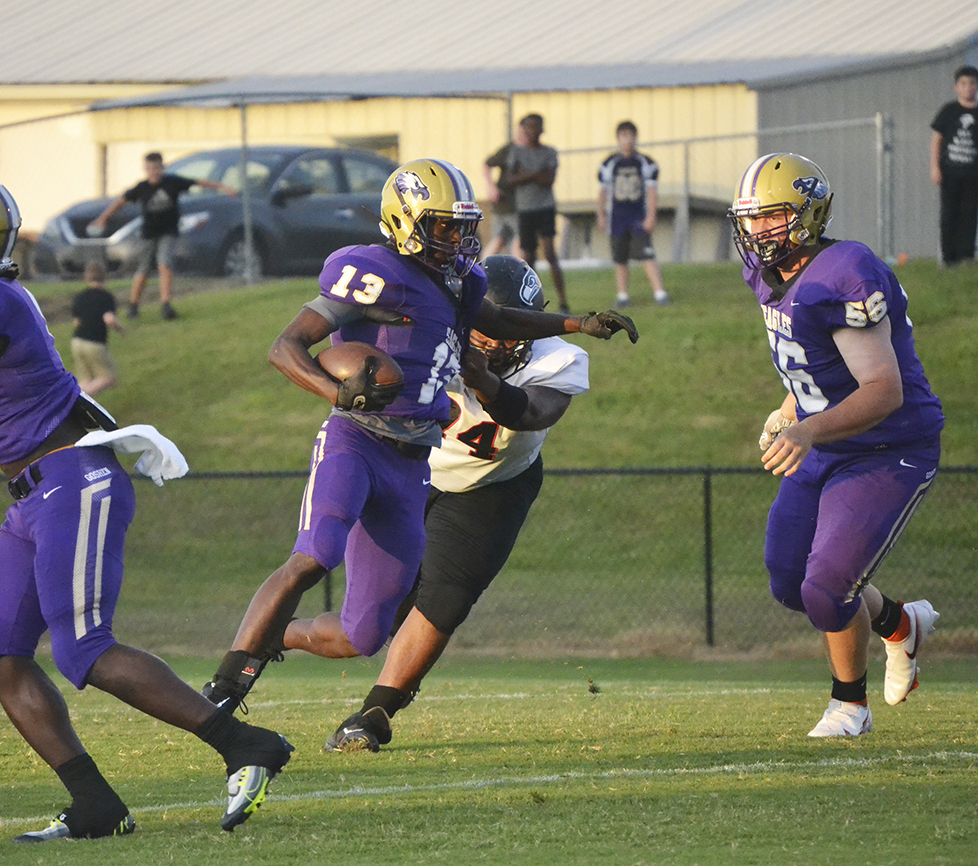 Goshen jumpstarted the scoring with a 2-yard touchdown run from receiver Andrew Galloway in the first quarter. Galloway then stripped a Daleville player of the ball and Goshen added to its lead with a 19-yard touchdown pass from Peyton Stamey to Tyler McLendon to put Goshen up 13-0.

Daleville cut the lead to 13-7 to open the second quarter when quarterback Omarion Pinckney threw a 6-yard touchdown pass. Goshen was able to stretch its lead before halftime, however, when Stamey threw a 25-yard score of his own to Isserick McKinney with just one second remaining in the half. Goshen took a 20-7 lead into halftime. 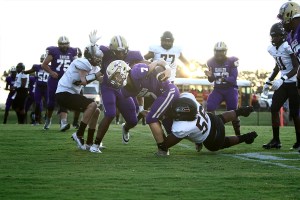 Goshen further stretched the lead when Andrews scored on a 5-yard run with 4:40 left in the third quarter. A two-point try failed and Goshen’s lead remained 32-13. Goshen again scored when Jamari McClure raced 32 yards for a touchdown with 45 seconds remaining in the third quarter. The 2-point try failed and Goshen led 38-13 going into the final period.

The last score of the game came on a 7-yard touchdown scamper from Pinckney to cut Goshen’s lead to 38-19 in the fourth quarter, but that was as close as Daleville would get.

Goshen rolled up 357 yards of total offense against Daleville with 301 yards on the ground. Andrews amassed 157 yards and two touchdowns on just 12 carries, while McClure rushed for 66 yards and a touchdown on 10 carries. He also returned four punts for 111 yards, meaning McClure netted 177 all-purpose yards on the night. McClure also picked up a sack on defense.

Goshen hits the road for the first time next week against Zion Chapel on Aug. 26.