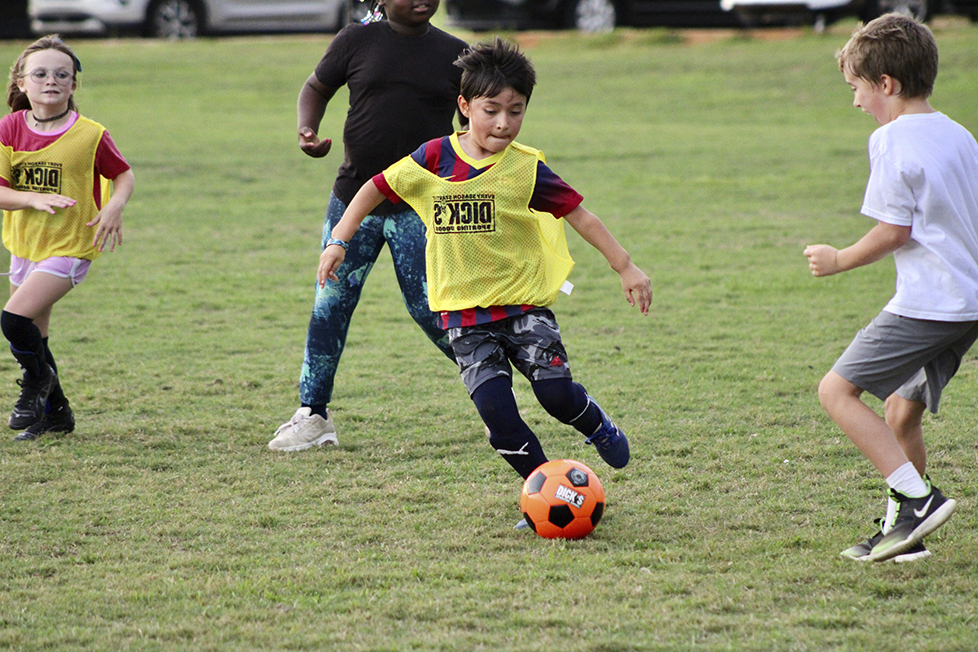 Going into its sixth season, the Troy United Football Club (FC) has grown from just eight soccer players on one single team to almost 90 players spread across multiple teams.

Troy United FC launched in 2017 as a co-ed 8U travel soccer team that was forced to travel all over the Southeast for tournaments. Now, Troy United FC is a part of the Alabama Soccer Association (ASA) and features multiple boys and girls teams aged 9U all the way to 15U boys and 16U girls. In its first five years, most of Troy United FC’s older players had to play on co-ed teams but with the growth of the program, now there are boys and girls 13U teams, a 15U boys team and a 16U girls team.

Troy United FC President Adam Drinkwater grew up in Pennsylvania and played soccer from the time he was four years old through high school and even continued playing in rec leagues and intramural leagues after high school. He went on to serve as an assistant coach at Charles Henderson High School and also began coaching rec league soccer in Troy.

“My soccer background is a lot like our players, I grew up in a rural farming community in Pennsylvania but soccer was a lot more accessible to me,” Drinkwater recalled. “When I moved to Troy I found out there wasn’t a lot of options for soccer but there was a growing community here and a growing love of soccer. (Coaching at CHHS) was a great experience for me because it showed me it was something I could do and was something I was capable of but I still had a lot to learn.”

Looking around the Wiregrass, Drinkwater saw that there weren’t many travel soccer options to choose from close by, with soccer clubs only in Enterprise, Dothan and Montgomery.

“If you wanted to play for a soccer club you had to travel an hour outside of Troy and do that twice a week,” said Drinkwater. “That’s an extra strain on families and their busy schedules. It’s a huge commitment and a huge challenge for families.”

In 2017, Drinkwater decided to form his own travel team so that his son, who loved soccer, got a chance to play it more.

“The rec soccer season is fairly short, it’s about a months worth of games in the regular season and then maybe another month if you make all stars,” Drinkwater said. “Two months of soccer wasn’t enough for him and he wanted to play more. It was his favorite sport and so looking at the possibilities of what we could do to help him play as much as he wanted to, the best option was to create our own travel team.” 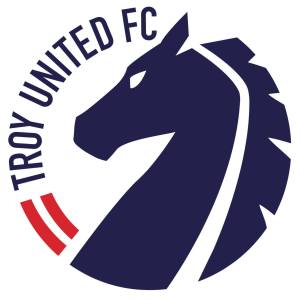 That first team was forced to take long trips to play in tournaments, which isn’t financially possible for most families.

“Our first team we had was a tournament team, so we had to travel to four or five tournaments a year and that was a lot of traveling and expenses and everything,” Drinkwater said. “That was an obstacle to be able to grow the club. We needed the club to be as accessible to as many families as possible and that kind of expense is a lot more than a lot of families can afford.”

Drinkwater found quickly that the Pike County area is beaming with soccer enthusiasts, however.

“There are a lot of people that love soccer in our county and that’s from people that grew up here and people that moved here,” he said. “(Troy) University has a great soccer culture and the City of Troy’s Recreation Department has a great rec soccer program.

“So, Troy United has really sought to be that connector and hub that joins all these different groups together and creates some continuity, so that love of soccer can continue to grow year after year.”

In 2021, Troy United FC became affiliated with the ASA, which gave the program the opportunity to cut out the majority of travel expenses, making it more feasible for families in the area.

“That allowed us to cut almost all of the travel and hotel costs because we typically only play one game on a Saturday, either at home or within driving distance,” Drinkwater said. “The only costs we really have now is a meal and gas to get there if we’re playing away. That’s a lot more affordable for most families and the amount of commitment to participate in the state league is a lot lower than having to give up an entire weekend multiple times.

“That made it a lot more attractive for prospective players. When we started the season last year we had about 28 players and finished with 50 and now we’re starting this season with almost 90 players.”

Following the 2021 season, Drinkwater linked up with ASA Technical Director Kevin Laux to try and further that growth.

“He and I began meeting every other week to try and develop the structure of the club,” Drinkwater said. “One of the things we identified early on was that our primary goal is to grow the love of soccer in our community and to help players reach their highest level of play that they want to reach. 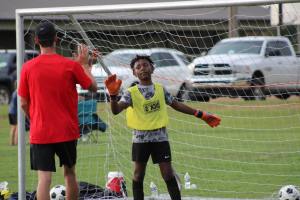 Troy United FC kicks off the 2022 season this weekend. (Photo by Alisa Detlefsen)

“From that framework the rest of the club’s development has kind of been built on. From that vision, it’s opened up a new world of possibilities within our county and it’s helped me facilitate building relationships throughout the county.”

Drinkwater said that Troy United FC is trying to give soccer families in Pike County – and even outside the county – more opportunities.

“We are trying to meet the needs of families across the entire county and even outside the county,” Drinkwater emphasized. “Some of our players came to us from Crenshaw County, Coffee County and Dale County. The word is growing even outside of Troy and Pike County, which has been really exciting.”

The soccer club opens its 2022 season this Saturday, Aug. 20, with a slate of games. Both the girls 13U and 16U teams will be playing at home at the Troy SportsPlex beginning at 10 a.m., while the 13U boys will be playing at noon in Tuscaloosa. The Youth Academy (9U-11U teams) will also be in Opelika for play dates.

Troy United FC is always accepting new players and any parents that want to register their children, can do so at www.troyunitedfc.com. Troy United FC can also be found on both FaceBook (facebook.com/TroyUnitedFC) and Instagram (@troyunitedfc).