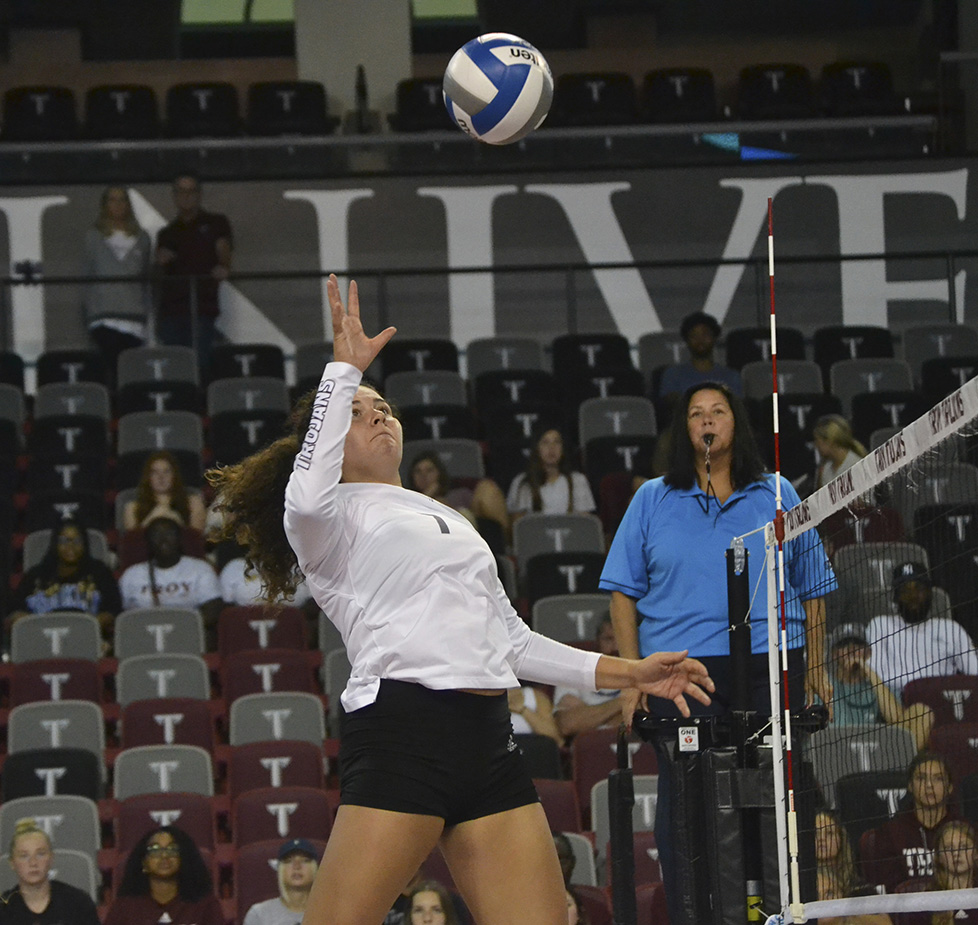 Julia Brooks (7) and the Trojans played Samford in an exhibition match on Monday. (Photo by Josh Boutwell)

The Troy Trojans opened the 2022 volleyball season with an exhibition matchup with the Samford Bulldogs on Monday, Aug. 15.

The two sides battled it out in four sets with each team taking two sets. Troy won the first set 25-23, while Samford answered by winning the next two sets 25-21 and 25-23. The Trojans wrapped up the exhibition winning the final set 25-20 to end the exhibition match in a 2-2 tie. 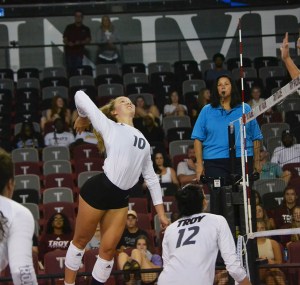 The regular season gets under way on Aug. 26 as Troy travels to Athens, GA to take part in the University of Georgia’s Classic City Clash. The Trojans will play Georgia at 6 p.m. on Aug. 26, Santa Clara at noon on Aug. 27 and Chattanooga at 4:30 p.m. on Aug. 27.

Troy doesn’t open the home portion of its schedule until Sept. 15 for the Trojan Invitational. All home games will be free admission this season.