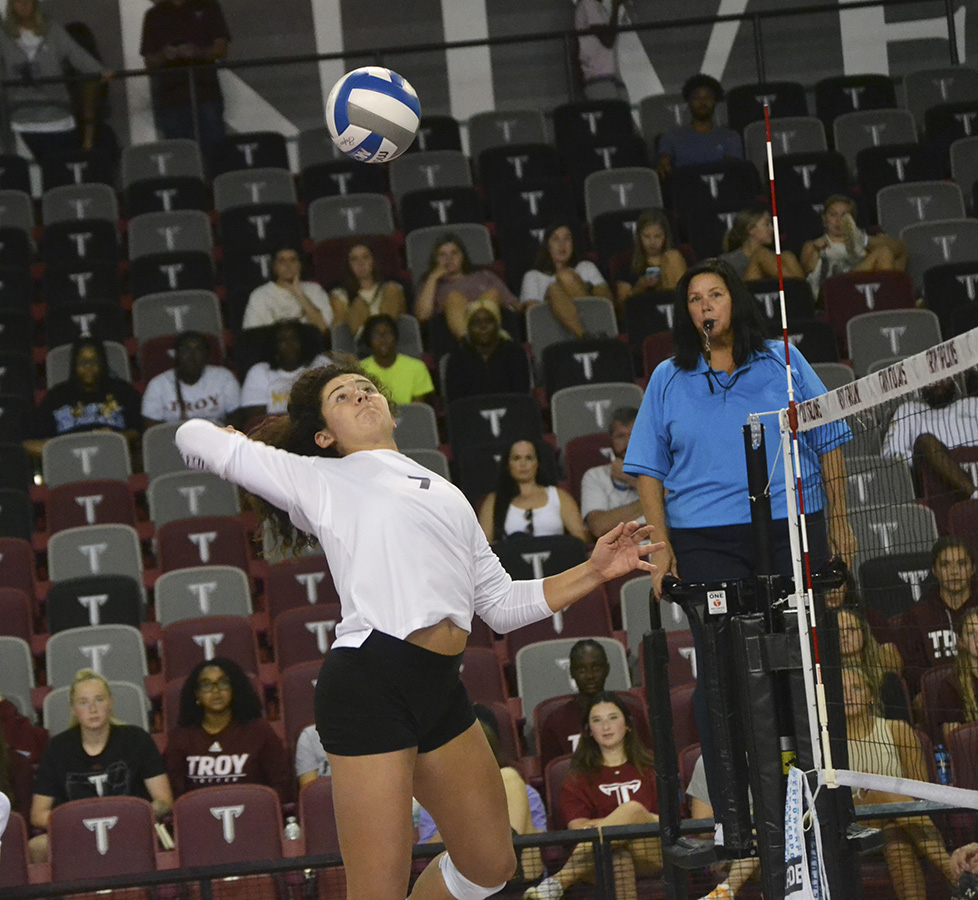 Brooks earned All-Sun Belt first-team honors in 2021 but this is the first time she has earned preseason honors going into a season. In 2021, Brooks was the only player in the Sun Belt to rank in the Top 10 in four statistical categories. She finished the season with 353 kills and 27 solo blocks.

“Julia is a selfless team leader,” Troy coach Josh Lauer said. “She works hard to bring her best and bring out the best in her teammates every day, both on and off the court.

“This is well-deserved, and I’m thankful to the other Sun Belt coaches for recognizing Julia as one of the elite players in our conference.”

Additionally, Troy was picked to finish third in the Sun Belt West Division via a coach by the league’s coaches. South Alabama was selected to finish in first place of the West with Texas State in second place, while Coastal Carolina was picked first in the East with James Madison in second place.