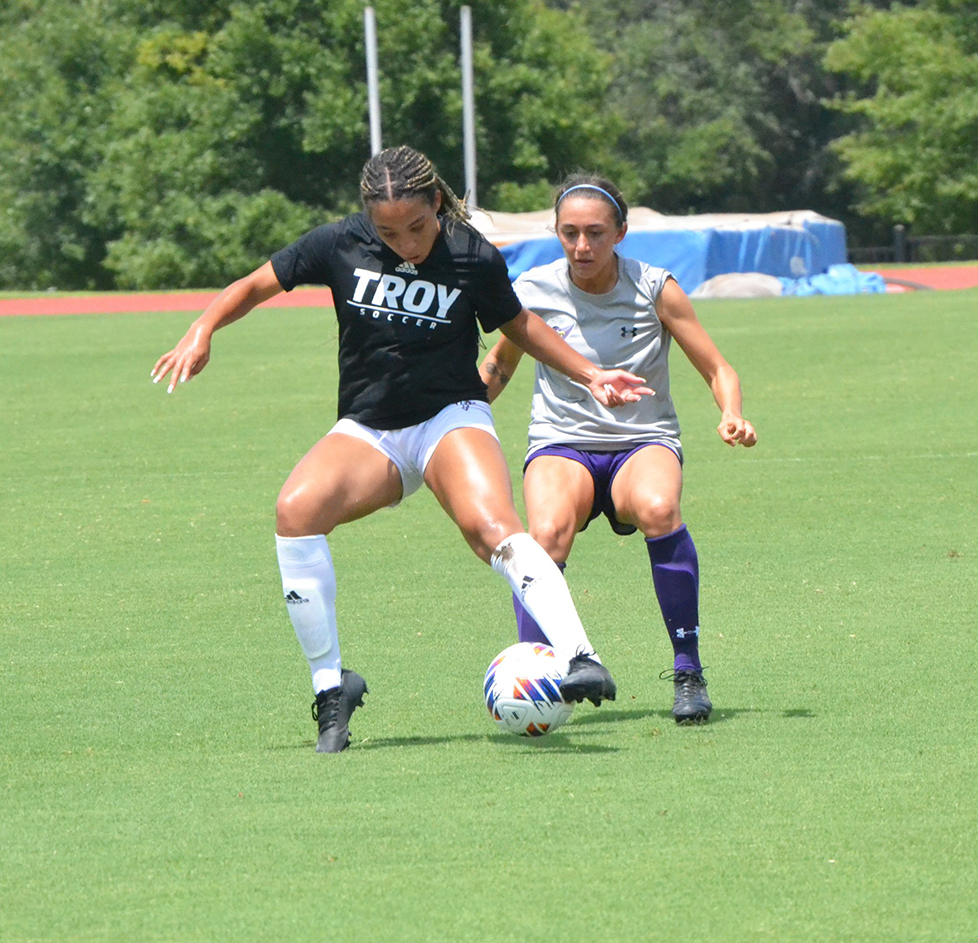 Troy's Sydney Babineaux matriculates the ball down the field. (Photo by Josh Boutwell)

The Troy Trojans soccer team hosted its final preseason exhibition on Saturday picking up a 2-1 win over the Montevallo Falcons at home.

Troy scored two goals in the first period and while Montevallo rallied to score a goal in the second period, the Trojans were able to hang on for the 2-1 win.

With just 2:37 of game time elapsed, Troy captain Melissa Kuya-Stroble scored the first goal of the day off an assist from Gabrielle Chartier to put Troy up 1-0. With 37:26 of the first period elapsed, newcomer Ashley Rainho gave the Trojans their second goal of the match on an unassisted shot. Rainho transferred to Troy in the summer from High Point University.

With 61:37 of game time elapsed, Montevallo’s Espy Sanchez scored the Falcons’ lone goal off an assist from Alea Taube to cut the lead 2-1 in the second period. The Falcons got off two more shots at the goal for the remainder of the game but Troy captain Lindsey LaRoche made a save on the first and the Trojans blocked the second attempt, hanging on for the 2-1 win. 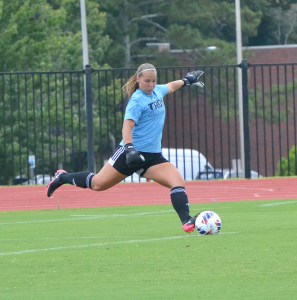 Troy will open up the regular season this Thursday, Aug. 18, at Texas Tech. Troy won’t open its home schedule until Sept. 1 against Mercer in a game that will stream live on ESPN+.