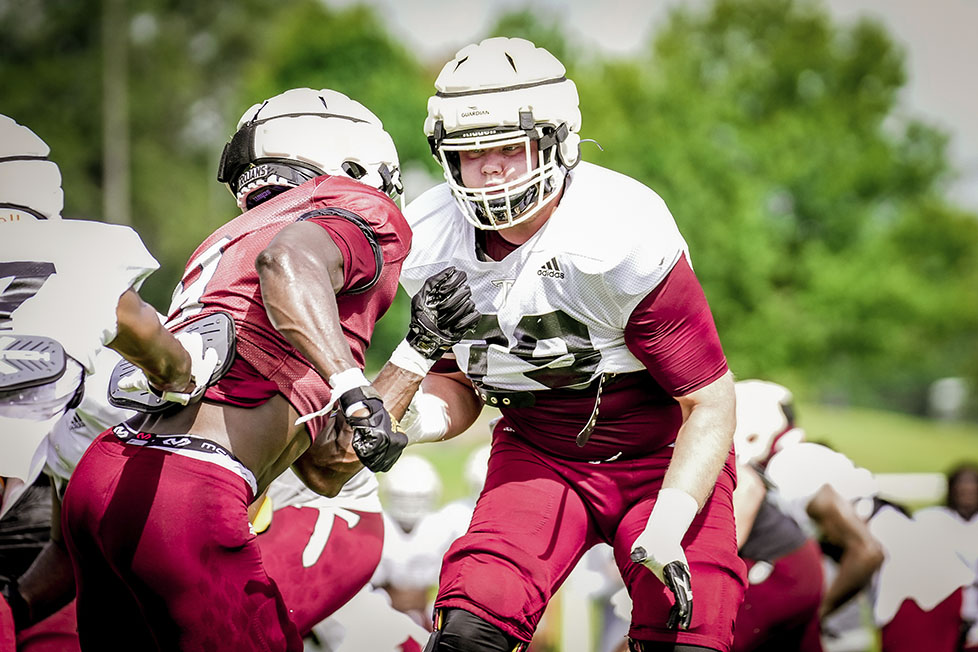 Austin Stidham and the Troy Trojans will hold a scrimmage on Saturday. (Photo courtesy of Troy University Athletics)

The Troy Trojans are gearing up for the first scrimmage of fall practices this Saturday at Veteran’s Memorial Stadium.

The 100-play scrimmage will wrap up Troy’s first week in pads as new head coach Jon Sumrall wants to see his quarterbacks in some game situations.

“Who on the offensive line is going to move the line of scrimmage for us and protect the quarterback the right way? And on the perimeter, who can make a big catch, and when their number is called can create something big for our offense and our team?”

Sumrall said he believes the Troy offense has improved greatly over the last week.

“We’ve improved and built upon the stuff we did in the spring and the summer,” he said. “The back half of this week, our offense has made a big jump. The first part of training camp, the defense was dominating.

“In order for us to be successful, we need all three phases to complement and support each other. We did a lot of teach stuff today with a lot of special teams situations. We did a lot of unique situations that might come up once a year, may not come up at all, but you just need to be prepared for them.” 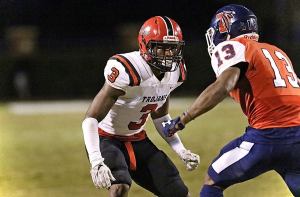 “Kyle has a good body type, good length and athleticism and runs really well,” Sumrall said. “He is a super-fast kid and will work at defensive back for us. Fabian came to camp this summer with one of the two international groups we had come through with more than 100 kids from Europe.

“Fabian did the camp with an injury and competed at a high level. He’s got a great body type that will develop over the years and, he’s got five years to play four, so he’s like signing a high school kid, but that body type you can’t find everywhere.”

Cass is a New Orleans, LA native that was an all-state player at Mattie T. Blount High School, also earning his high school’s Athlete of the Year Award. He started his college career at Mississippi Delta Community College, where he earned all-conference honors with 42 tackles, three tackles-for-loss and six pass breakups in 2019. He was rated as a three-star cornerback by ESPN and 247sports and transferred to Mississippi State. He played in one game in 2021 for MUS and entered the transfer portal after the season. Cass has two years of eligibility left.

Rogosch is a German native that runs the 40-yard dash in 4.69 seconds despite his 6-foot-5-inch, 240-pound body. He played for the Hamburg Iron Swans, a German program that teaches American football to teenagers.

The Trojans will line up for their first scrimmage on Saturday morning at 9:30 a.m. at Veteran’s Memorial Stadium.