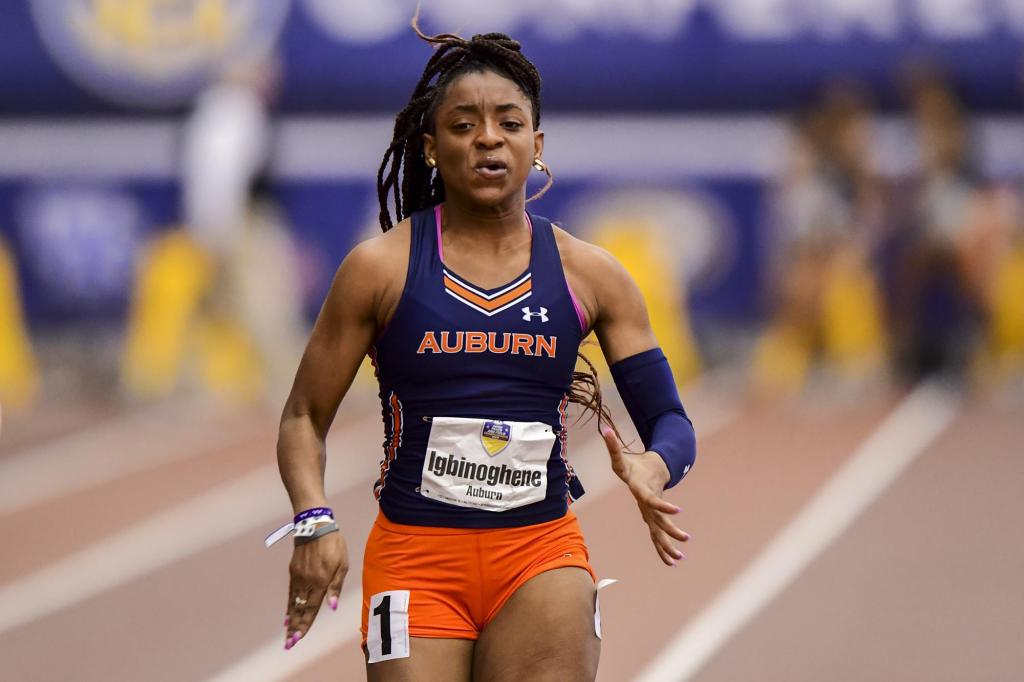 Over the weekend, the Troy University women’s track and field named announced its 2022 signing class.

Igbinoghene was a star runner at Hewitt-Trussville in high school and both her parents were track stars in college, while her brother (Noah Igbinoghene) played football and ran track at Auburn. Igbinoghene earned state championships in high school in both the 100-meter and 200-meter dash. She started her college career at Auburn, and competed in both indoor and outdoor track in the 100 and 200-meter dash for the Tigers. She was also an all-star in the classroom being named to Chi Alpha Sigma Honor Society and Athletic Director’s Honor Roll in both 2021 and 2022.

Dalluge is a Rogers, Minn. native that qualified for the state championship five times at Rogers High School and was a three-time all-state runner. She earned conference championships three times and started her college career at Illinois State University. She competed in the 200-meter dash for Illinois State and as a part of the 4×400-meter relay team.

LaFleur earned a spot in the Florida Class 3A State Championship this past season for American Heritage High School in Florida, finished 12th overall in the 100-meter dash and took the silver in the 4×100-meter relay. Her relay team also took second place in regionals and the gold in the district meet. During the regular season, LaFleur earned seven first place finishes.

Schwietz earned the silver in the Nevada Class 5A State Championship 300-meter hurdles for her high school, Liberty High, this past season. She also earned second place at regionals in the 300-meter hurdles, fourth place in the long jump and seventh place in the high jump. She earned Nevada Prep All-Southern honors as a senior, as well. She’ll be competing in multiple events for the Trojans.

Calbert is a distance runner that competed in the 800-meters, 1600-meters and 4×800 relay in the Georgia 7A State Championship meet for Etowah High School. Her 4×800 relay team finished runner-up at the state meet, while she took 12th place in the 1600-meter run.

Washington is a sprinter that ran in both the 100-meter and 200-meter dash along with competing on the 4×100-meter relay team for McArthur High School this past season.