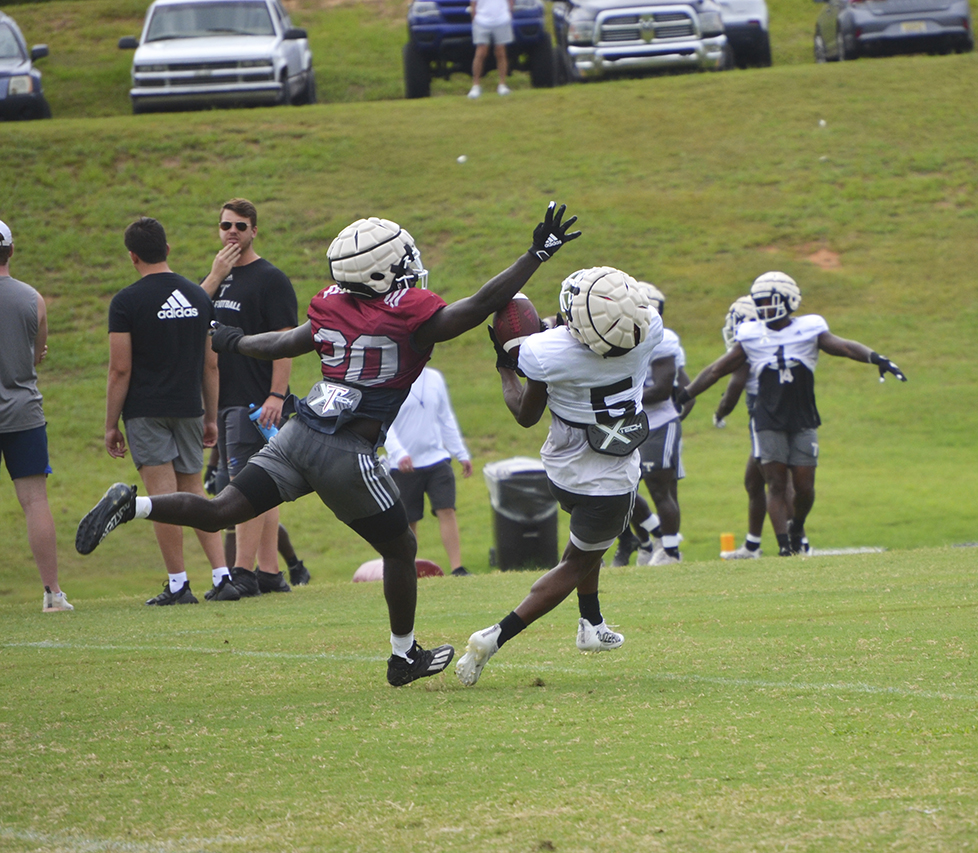 The Troy Trojans returned to the practice field on Monday morning after a day off and were amped up to go from the start of practice through the end.

During team offense vs. defense at the end of practice there was some chippiness with players having to be separated a few times, which head coach Jon Sumrall embraces. Sumrall also emphasized the need to be smart about how the Trojans play with passion.

“I like some of it but we have to control some of those situations and make sure we’re a little bit smarter post play. I’ve said 100 times I’d rather have to say ‘Whoa, whoa, whoa’ than have to say, ‘Giddy up.’ I want our guys to play with energy, enthusiasm and passion and compete for each other and fight for each other in everything we do.”

After going a full week of practices, including a Saturday practice in the heat, the Trojans got Sunday off but Sumrall was pleased with the way his team returned to form on Monday.

“They answered the bell,” he flatly said. “As a coach, your biggest concern when you have an off day is there is a little bit of a lull or hangover effect from not doing anything the day before. I thought our guys competed and really answered the bell and practiced hard.”

Troy receivers Tez Johnson and Jabre Barber both made some highlight reel catches during Monday’s practice in one-on-one drills.

“We’re just coming out here every day and trying to improve,” Barber said of the receivers. “I feel like the whole offense has been doing really good so far.

“It’s real competitive out there. Both (sides) going out there and competing and getting after the ball.”

The quarterback competition at Troy is also heating up with all four quarterbacks standing out to Sumrall.

“He’s doing a nice job and we saw him today, in the red-zone, have a (quarterback) keeper that showed he can run. It looks like an edge player on defense has a play on him and he just outruns the angle. He can really run and that presents something different. Quayde (Hawkins) is throwing the ball and is on the backside of his little lingering (ankle) injury and I think he’s close to 100 percent.” 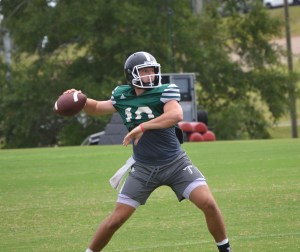 While Costelli and Watson get the lion’s share of reps and attention, Sumrall sees a bright future in Brantley freshman Tucker Kilcrease, as well.

“Tucker Kilcrease has been really fun to watch,” Sumrall said. “Obviously it’s a lot of football for him coming from the high school level but I’ve seen him do some things naturally that I believe show he has a really bright future.

“He has some moxie about him in terms of knowing the game and playing with poise and some competitiveness that you can’t fabricate. That’s real.”

Troy will be back on the practice field for the first afternoon practice of fall camp on Tuesday.