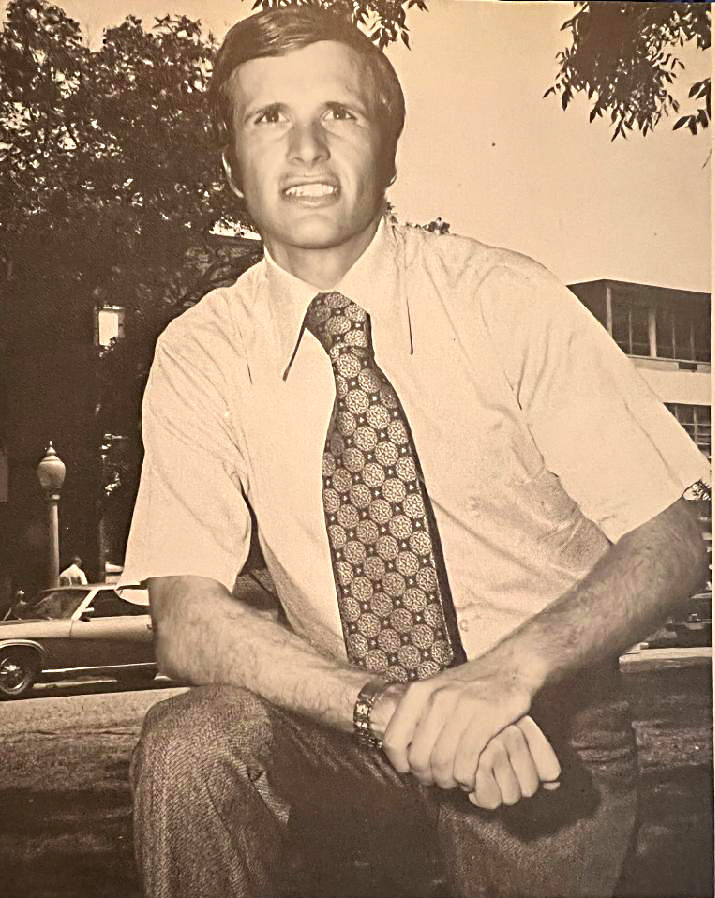 Rick Stetson always looked forward to his next birthday. Another year older and he still was not an old man running along the side of the road. Stetson was not a road runner. He liked to run fast. He like to race.  At age 77, Stetson was very fast.

“Dad’s death stemmed from injuries he received from a fall while running,” Stephen Stetson said. “You have to be wired a certain way to run competitively and also in solitude. Dad was wired that way. He loved to compete but he also enjoyed the solitary runs.”

Stetson died the way he lived, running the good race.

During the three months of decline from the fall running had caused, Stephen said he came to realize how many lives his dad had touched in so many ways including as a guidance counselor at Charles Henderson High School.

“I don’t think I had ever fully appreciated that in him,” Stephen said. “He was a strong supporter of the Troy State Alumni Association and was involved in Veterans Affairs and as an educator. He was the emcee for Junior Miss programs, other beauty pageants and community events. He was involved in so many things.  I didn’t realize.”

“Dad and ‘Doc’ Anderson were close friends I appreciated his call and what he had to say about Dad,” Stephen said.

“Rick was a man with many interests and he was tops in most all of them,” said Anderson, who, was Troy State’s track and field and cross country head coach, shared Stetson’s passion for running. “Rick was the best on the track. Nobody could beat him. He exemplified everything that was great about an athlete.”

Anderson said there are three things that make a great athlete.

Anderson said, at Troy State, Stetson was the pillar of the program.

“Men like Rick Stetson come along only once in a while. He was a special kind of man. While others were saying “I” and “me,” Rick was saying “we” and “us.” Renaissance Man? Yes, he was.”

“Rick was the kind of guy I wanted to be when I grew up,” Kirby said. “He was the most thoughtful kind of person. He was never ugly to anyone, never rude or unpleasant. I never saw him angry. He had the nicest disposition.”

Stetson was also a tough-kind of guy.

“Rick was a decorated war veteran,” Kirby said. “As an Airborne Ranger, he was a forward observer in Vietnam. He went out and found enemy troops before they could shoot or blow up our guys. It didn’t take too long before the enemy realized someone was spotting them and went to find him.”

Stetson was awarded the Bronze Star with a “V” designation for his valor in combat in Vietnam.

Kirby said Stetson never talked about his service except to say, that, yes, he was a forward observer in Vietnam.

“Rick came home and entered the Army Reserves and was a Lieutenant Colonel,” I believe,” Kirby said. “We first worked together at the radio station as young men. We worked with Ralph Black and I think Rick was Ralph’s favorite.”

Kirby said one thing that impressed him about Stetson was that, everywhere he went, people liked him.

“Rick was the youngest of several children and, when his elderly parents, who lived up north, needed someone to take care of them, he went,” Kirby said. “When he came back to Alabama, to Montgomery, he was writing a book about a stand-out track person and asked me to review it. When I heard back from him, there had been a delay in the printing. We didn’t have that opportunity to be together.

“I was sad to hear about Rick’s running accident and then his death. What a huge loss for all of us who called Rick Stetson, ‘friend.’”