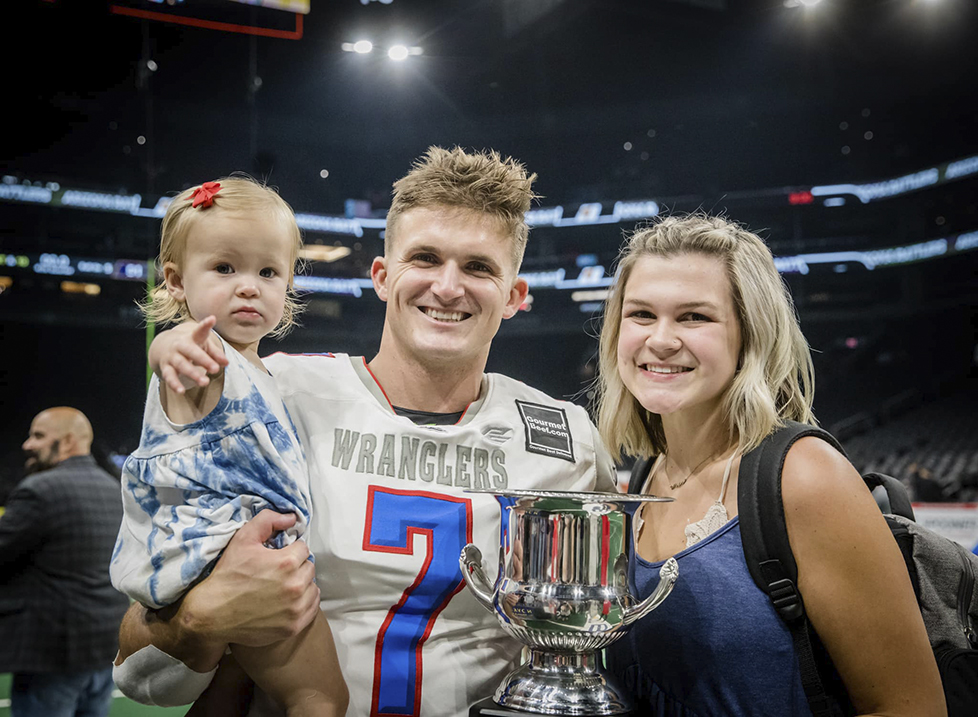 Former Troy quarterback Kaleb Barker and the NAZ Wranglers will be playing in the IFL Championship this month. (Photo by Blushing Cactus Photography)

Former Troy quarterback Kaleb Barker led the Northern Arizona (NAZ) Wranglers to an exciting 52-51 come-from-behind win over the Arizona Rattlers this past weekend to earn a spot in the Indoor Football League (IFL) Championship Game.

The Wranglers trailed 45-31 late in the third quarter when Barker found receiver Ramaud Chiaokhiao-Bowman for a 2-yard touchdown pass to cut the lead to 45-38 with 2:10 left in the period. With 4:56 left in the game, the Wranglers tied the score 45-45 on a 13-yard run, but the top-seeded Rattlers came right back and took a 51-45 lead with 3:49 left. The Rattlers attempted a two-point conversion but failed.

Barker then guided the Wranglers down the field and threw a 12-yard touchdown pass to Glen Gibbons with just 45 seconds remaining to tie the score 51-51. The PAT was the deciding score, giving the Wranglers the 52-51 win as the defense held on. Barker completed 15-of-27 passes in the game for 164 yards and an eye-popping six touchdowns. 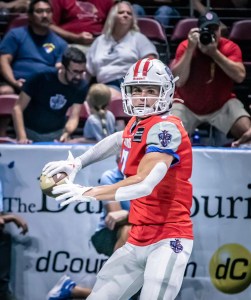 Barker was one of the leading passes in the entire IFL this season. (Photo by Blushing Cactus Photography)

The win earns the Wranglers a spot in the IFL Championship against the Quad City Steamwheelers on Aug. 13 in just the Wranglers’ second season ever. The win also avenged the Wranglers’ 40-28 loss to the Rattlers on July 2.

The Arizona Rattlers are also one of the most storied franchises in the IFL having been an original team in the Arena Football League, winning five AFL Championships and one IFL Championship since the team’s inception in 1991. The Wranglers, however, started as a franchise in 2021 and won just one game in the team’s inaugural season. 2022 was completely different, however, and Barker was a huge part of the team’s turnaround.

After a stellar career at Troy, in which he earned First-Team All-Sun Belt honors as a senior, Barker had not played professional football at all until signing with the Wranglers back in February. Barker started 16 games in 2022 despite this being his first year playing indoor football. He completed 189-of-331 pass attempts for 2,139 yards and 46 touchdowns along with 750 yards and 16 touchdowns.

In the first round of the IFL Playoffs, Barker led Northern Arizona to a 49-30 win over the Tucson Sugar Skulls passing for 104 yards and two touchdowns, while rushing for 68 yards and two more scores. Northern Arizona and Quad City will face off in the IFL Championship Game on Aug. 13 at 5 p.m. in a game that will stream at www.youtube.com/indoorfootballleague.