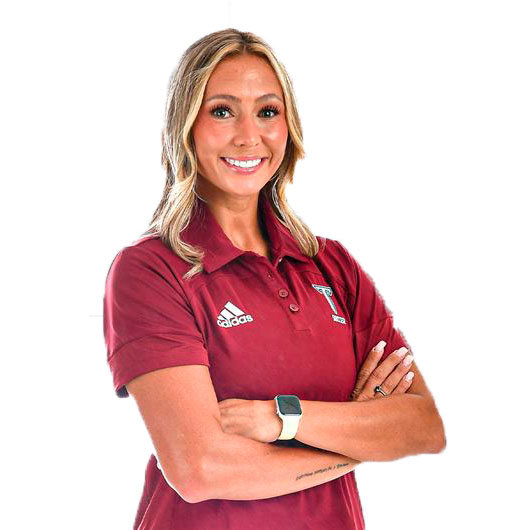 With just a week until the start of the 2022 soccer season, Troy University announced the promotion of Kayla Saager to assistant soccer coach.

“I’m delighted to announce the promotion of Kayla Saager into the role of assistant coach with our program here at Troy,” Lane said. “Kayla brings a wealth of knowledge from her playing experience at the collegiate and professional ranks.

“More importantly, she’s got a familiarity with the program and the university from her time here in the last few years. We look forward to seeing how her skill set helps this program reach new heights.”

Saager is a New York native that started her college playing career at North Carolina State. She transferred to West Virginia in 2015 and ultimately transferred to Binghamton University in her home state, where she graduated in 2018. 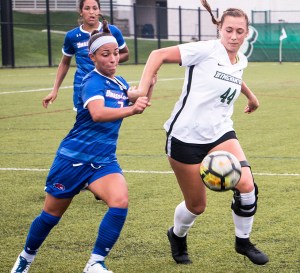 As a senior, she started all 18 games for Binghamton and earned All-Atlantic Region and America East All-Conference honors after leading her team with 11 goals, five assists and 27 total points on the season. She also scored three game-winning goals that season and ranked second in the conference in goals and fourth nationally in shots on goal per game. As a junior, she also earned all-conference and led the conference with 11 goals, seven assists and 29 total points. She finished her Binghamton career second all-time in goals per game and points per game.

As a freshman in 2014, she led North Carolina State with five goals and 11 total points. In high school she earned All-State honors at East Islip High School and scored an eye-popping 27 goals with 12 assists as a senior.

Following her college career, Saager played professionally overseas for the FC Slovacko Zeny in the Czech Republic. She also played for the Long Island Rough Riders of United Women’s Soccer, where she was the Long Riders’ all-time leading scorer with 36 total points.

“After watching the women’s soccer team grow over the past few years, I am thrilled to be named the new assistant coach,” Saager said. “I am honored to have the opportunity to be part of Robert Lane’s vision for the future success of the program.”

Troy soccer opens the fall season on Aug. 7 against Samford.