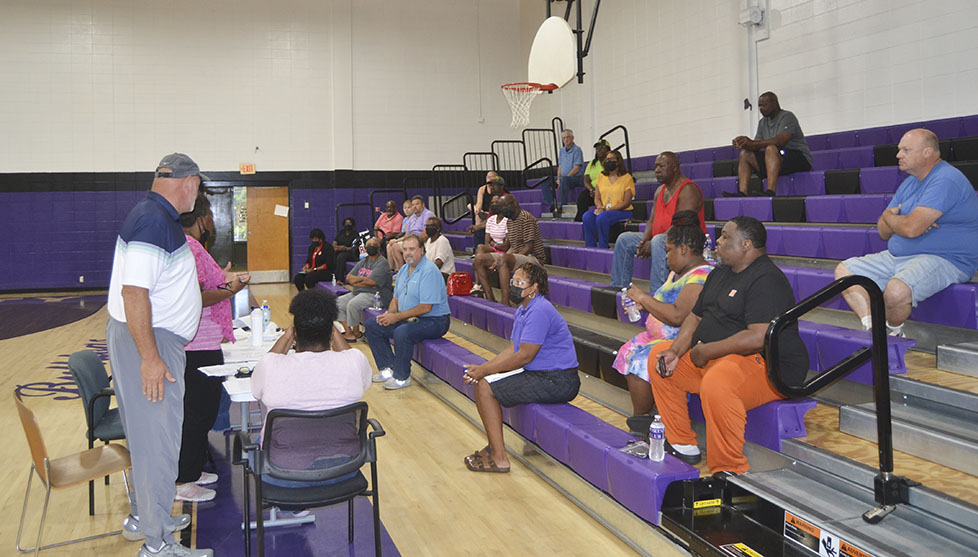 Pike County High School parents have recently launched the first PCHS Sports Booster Club since 2014 and held a meeting to discuss the club on Monday night in Brundidge.

Less than a month ago the club launched its first fundraiser, which is the sale of advertising signs around Bulldog Stadium, as well as around Pike County’s baseball and softball fields. According to Sports Booster Club President Vanessa Johnson and Vice President Russell Baker, more than 40 signs have already been sold. The money from these signs will be invested back into the athletic programs at PCHS.

“We’re very happy with the response from the community and support from the community,” Johnson said at the meeting. “Everyone is excited. We’ll have some bumps along the way because we’re coming from the ground up and we haven’t had a sports booster (club) here in many years.

“The excitement that was here before is here now with (football coach and athletic director) Coach (Mark) Hurt’s vision.”

“I want to make sure we clarify that the booster club is for all sports,” she emphasized. “Don’t think the funds we raise goes only to football. The sports booster (club) is here to help them all. The more money we raise the more we’re able to help all the athletics. That’s what we’re here for.”

Hurt knew that Pike County Athletics needed to restart its booster club when he arrived back to his alma mater.

“It takes a lot of money to run an athletic program and you have to have people that are committed and who love the kids and want to see the kids develop, and that have a great sense of pride in the community.

“People will always ask, ‘What can I do to help?’ So, you want to establish that booster club to give them an agenda and have everyone meet and see what they can do to help Pike County improve all athletics here.”

Hurt’s goals at Pike County include continued facility upgrades in the athletic program and he said he knows that the community will have to be a part of that.

“My main goal here is to get facilities up to par and get new facilities that will put us 20 years in the future,” Hurt emphasized. “That takes time, that takes planning and that takes a village. There’s a lot of people in the community that want to help and with the booster club we want to give them the opportunity to do that and to be a part of the program.”

The Pike County Sports Booster Club is currently selling PCHS T-shirts and is always accepting donations, as well. Anyone that would like to donate can do so by mailing a check to 552 S. Main Street in Brundidge addressed to Olivia Boyd or the Pike County Booster Club.