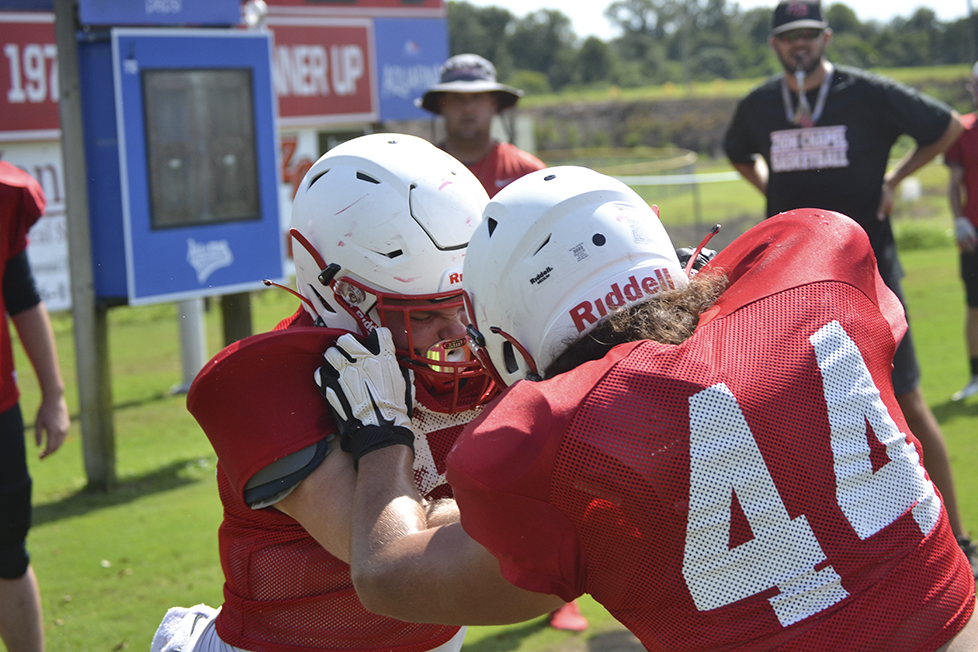 The first week of fall practices under new Zion Chapel football coach Cody Keene are in the books and the Rebels closed things out on week one with a physical practice on Friday.

Zion Chapel strapped on full pads for the first time on Friday and Keene was pleased with the physicality his group showed.

“That improved every day,” Keene said. “Friday was a really physical day for us and we designed it that way to challenge the kids. They responded to that challenge.

“We can still improve in a lot of areas, as far as our intensity and physicality goes, but I’m proud of the way they took that on, so far.”

Zion Chapel is getting a head start on most schools in the area as the Rebels got a chance to start fall practices a week early due to not having spring practices. Keene was equally pleased with the team’s effort in the first full week of fall practices.

“It went real well,” Keene said of the first week overall. “The effort was there and we got better every day. As long as our kids are improving every day then I’m happy.” 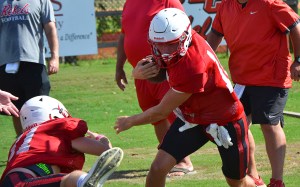 Controlling the controllable is what this season’s fall camp is all about, according to Keene.

“It’s about effort and intensity. We want to control the things we can, which is effort, physicality and toughness,” he emphasized. “How strong we get is another thing we can control.

“We can’t always control how fast we are or what our talent level is, but we want to be able to control those controllable areas.”

Zion Chapel is heading towards an Aug. 19 preseason game with Florala on the road to open the season.

“The biggest thing is that it doesn’t matter what others do, it’s how we do things and what we do,” said Keene. “That’s the most important part of what they can learn, if something bad happens just keep moving forward and compete.