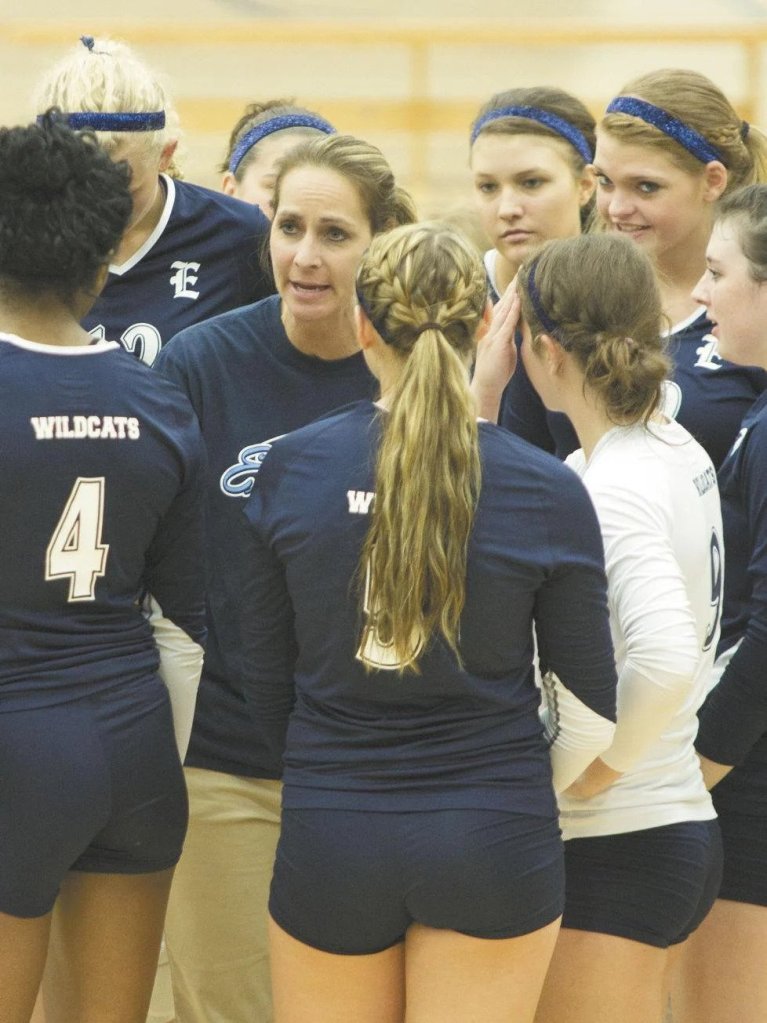 Janie Wiggins was a longtime volleyball coach at both Enterprise High School and Kinston High School before becoming the head coach at LBW.

This weekend, the Wiregrass Sports Hall of Fame revealed its Class of 2022 at a press conference and among the names of inductees is former Troy volleyball star Janie Wiggins.

“I felt undeserving to be honest with you,” Wiggins told The Messenger. “There are so many wonderful coaches out there that have poured their heart into their kids and I just love what I do and I love working with the students and players.

“I don’t ever really expect the recognition, I just do what I love. I was honored, though. There are so many deserving friends of mine that are coaches, too, so I’m honored to be included in that.”

Wiggins grew up in Kinston and was an all-star volleyball player at Kinston High School and a part of four straight Final Four squads. After high school, Wiggins went on to play at Troy State University and still holds a number of records there.

In 1993, Wiggins broke the single season record of blocks in a season with 42 and she ranks fourth in career blocks. Her 70 block assists in 1993 also set the school record. 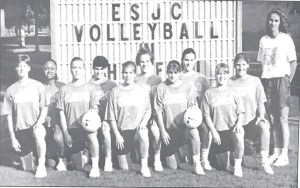 Wiggins helped launch the volleyball programs at both Enterprise State Community College and LBW. (Photo courtesy of The Southeast Sun)

Wiggins then joined the staff of her high school coach, the legendary Amelia Rhoades, at her alma mater in Kinston before officially taking over the program in 2000. Rhoades now serves as the President of the Wiregrass Sports Hall of Fame.

“Those were absolutely huge shoes to fill and you can never adequately fill her shoes,” Wiggins said of Rhoades. “She’s had so much influence on so many of us that are coaching now. She’s encouraged us and helped us and her love for the game and her players was contagious.

“You want to live your life making her proud. Knowing that she is proud of what I’ve been able to accomplish makes me really happy. She is someone I still look up to.”

In 12 season at the helm at Kinston, Wiggins led Kinston to 12 straight area championships, 10 Elite 8 appearances, four Final Four appearances and the 2006 Class 1A State Championship. Wiggins’ 364 wins at Kinston trails only Rhodes in the school’s history. Wiggins also won a state championship as a softball coach at Kinston in 2007.

In 2012, Wiggins took over the volleyball program at Enterprise High School and continued the long history of success the school has enjoyed in the sport. In her eight seasons there, Wiggins guided Enterprise to eight area championships and six Elite 8 appearances. Her teams won more than 30 games in all but one of her seasons at EHS.

Between her two head coaching jobs at the high school level, Wiggins amassed a staggering 638-270 career record with 20 area championships and a state championship under her belt.

“I’ve done a lot of reflecting through all of this and there are so many good people that influenced me from administrators to Coach Rhoades to Melanie Davis, who I played for at Troy and all of my assistant coaches,” said Wiggins. “So many of those people I based my coaching philosophy around that put me in that path to be able to pull from them, which is what I feel like helped form my coaching philosophy over the years.

“Previous administrators I’ve had have encouraged me and helped me along the way. I can honestly say that all of my administrators have had my back and made me feel like I was doing the right thing. All of these great people have had such an influence on my life and my career.”

During her career at Enterprise, Wiggins also helped launch The Links Volleyball Academy in Enterprise to help train aspiring volleyball players in the Wiregrass. After retiring from the high school game in 2020, Wiggins once again returned to the college game to take over as the first head volleyball coach at Lurleen B. Wallace Community College, where she still serves. Wiggins helped launch volleyball programs at both ESCC and LBW during her career.

Wiggins’ list of accolades are as long as her win totals. She’s won the Dothan Eagle Volleyball Coach of the Year on six separate occasions and was the recipient of the Fellowship of Christian Athletes’ Bubba Scott Award. She also served on the AHSAA Volleyball Committee for a number of years and can now add the Wiregrass Sports Hall of Fame to those achievements.

The Class of 2022 will be inducted into the Wiregrass Sports Hall of Fame at a banquet in Dothan at the Wiregrass Rehabilitation Center on Aug. 20. Tickets to the banquet are $50 and must be purchase in advance by contacting Janna Evertt Holland by E-mail at jannaholland417@gmail.com.