Barbecue: Just around ‘The Corner’ in downtown Troy 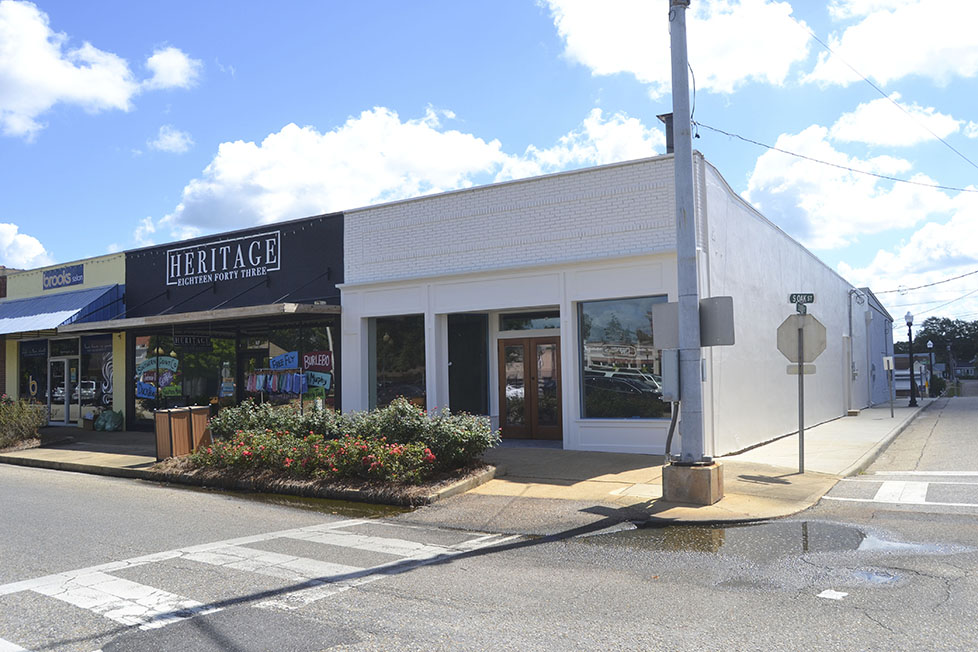 Coming soon to the corner of South Oak and East Church Street in downtown Troy is “The Corner.” (Photo by Josh Boutwell)

The opening of the downtown Troy barbecue “house” is just around “The Corner.”

And, it can’t be opening soon enough for those who are “hooked” on Adam Renfroe’s Hook’s Barbecue just off Highway 231 South.

“Adam and I have been talking about opening a place in downtown Troy for a while,” said Richard Alexander, the head “pit guy” at Hook’s for about six years. “We wanted a downtown location that offered a high-end dining experience with the same high-quality barbecue that people are accustomed to at Hook’s.”

And, Alexander said that’s the kind of dining experience The Corner will offer to barbecue lovers.

Although The Corner’s menu is not set in stone, Alexander said the downtown barbecue restaurant will offer an evolving menu that will include pork and chicken on flatbread, sliders, smoked wings, salads and a variety of the popular bar foods.

“Adam and I are looking forward to being downtown and are committed to providing the same consistency and quality of food and service people expect and receive at Hook’s.”

The target date for the opening of The Corner is September and with hours from 10:30 a.m. until 9 p.m. weekdays and until 10:30 p.m. weekends and, in Hook’s tradition, closed on Mondays.

Richard Alexander will be “in the kitchen” at The Corner. He has learned all aspects of the barbecue business from Renfroe.

He came to Troy University from west Florida, started working at Hook’s and, now, he is partnering with Renfroe at The Corner.

“When I was six years old, my dad had me ‘manning’ the barbecue grill with him,” Alexander said. “My dad now has a barbecue truck, ‘Dad-gum, Good Barbecue,’ and he is a trophy winner. Here, Adam has taken me under his wing. He has believed in me and has given me the opportunity at The Corner. I’m thankful and looking forward to being at The Corner on the corner of Church Street and South Oak in downtown Troy.”