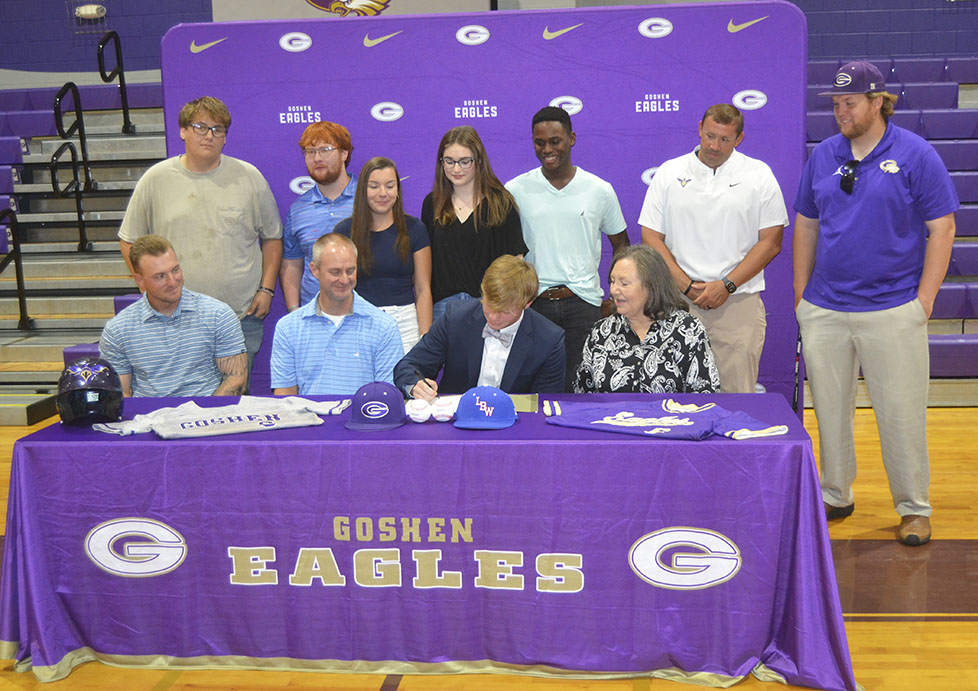 Cooper was a star hitter and pitcher for the Eagles last season and will be playing both in the outfield and on the mound at LBW.

“I’m excited and ready for this new level of competition,” Cooper said of signing with LBW. “I just talked to (LBW coach Steve) Helms and he convinced me it wouldn’t be easy but it would be worth it. I wanted to show them what I can do.”

Cooper said his time at Goshen was not only fun but shaped him into the person he is. 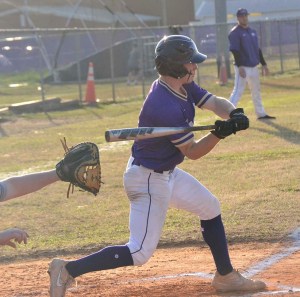 Danny Cooper (6) went 3-for-4 at the plate against Samson.

“It was extremely fun, Coach (Chandler) Avant is one of the best coaches I’ve ever had,” said Cooper. “It helped shape me through the adversity we faced, and I love my teammates.”

Going into his college career, Cooper wants to concentrate on bettering his personal discipline.

“Eating right and doing all the different little things right,” Cooper said of what he wants to focus on. “Making sure I’m good at those little things will take care of everything else.”

Cooper, who hopes to go into engineering, wants to keep playing past LBW, as well.

“I didn’t known if I would still be playing, so I’m grateful for the opportunity,” he continued. “Hopefully after a year or two (at LBW) I’ll get another four-year offer to keep playing and get a good degree. I just want to be able to play ball.”