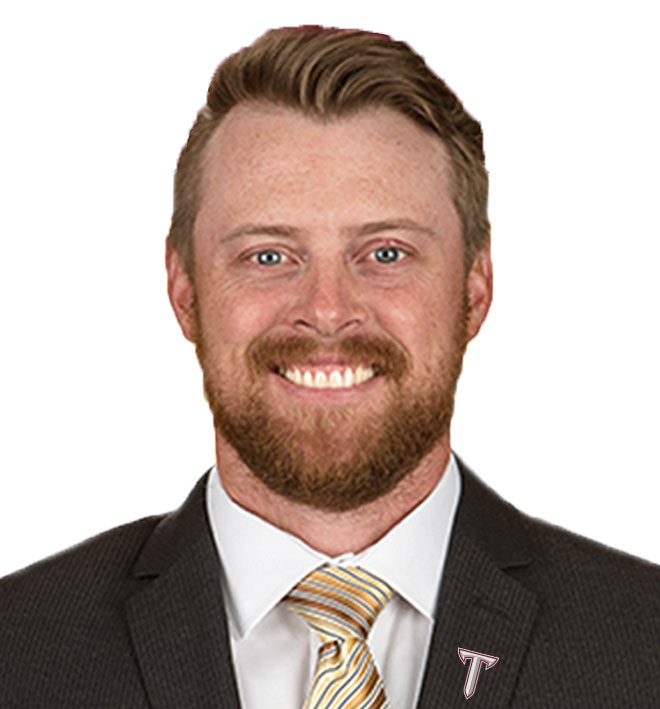 Decker comes to Troy after spending the past four seasons as the pitching coach at Kennesaw State and is the first assistant coach hiring that new head coach Eric Newell has made since arriving in Troy.

“I am so excited about what Camden brings to the table,” Newell said. “He brings a wealth of knowledge and experience. He is very well-rounded in all aspects of the game.

“He is very good with maximizing each pitcher’s potential and he is a proven pitch caller. I cannot wait for him to work with our talented pitching staff. In addition to being a great ‘pitching mind,’ I also anticipate him working and helping in many other areas of the softball program and really take advantage of his versatility.”

Decker is an Illinois native that played college baseball at Waubonsee Community College and Trinity International University. His coaching career started as a volunteer assistant with the Trinity International softball team during his playing days. He also was a member of the USA Men’s Fastpitch National Team and went on to serve as an assistant at both UT-Arlington and Delaware before becoming the pitching coach at Kennesaw State. He was also a volunteer assistant at the University of Arkansas in 2014 and coached at the Doug Gillis International Fastpitch Institute.

Decker oversaw one of the top pitching staffs in the A-SUN during his time at Kennesaw State. Decker will now have the chance to coach one of the Sun Belt’s top pitchers in Brantley native Leanna Johnson.

“I am really excited to be in Troy and join this great program,” Decker said. “I would like to thank Brent Jones, Sandy Atkins and of course head coach Eric Newell.

“Coach Newell’s success has been admirable, I’ve watched from afar as his teams have been winners year in and year out, and I’m thrilled to be able to learn what makes his teams so talented.”