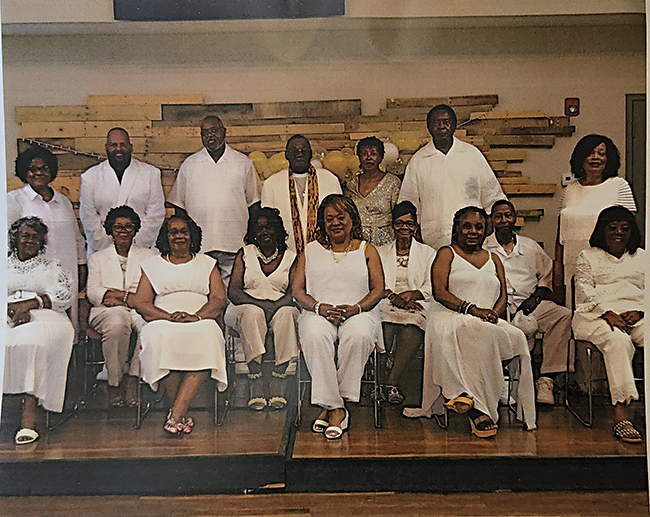 Long before integration, students walked the halls of Academy Street High School, ASHS). The 70- plus members of the Class of 1970, made memories in the hallowed halls of ASHA “Mighty, Mighty Tigers.”

This class was destined for greatness – officers of many organizations, members of the basketball team, marching band, cheerleaders and all around students, proudly wearing maroon and gold in their teens before saying “good-bye, to the school on graduation day.

In the fall of 1968-1969, school year, 13 class members migrated to Charles Henderson High School. The success of the class continued moving forward. Since then, they have been honored in cities across the country as executives, department heads, medical professionals, ministers, educators and military.

A few years ago, a group of local classmates started looking ahead to bring former classmates back together for a memorable 50th Reunion. Plans were made for this milestone, hometown 2020 gathering. The COVID-19 virus brought a halt to those plans.

The plans were rebooted in the summer of 2021. Committee members held monthly meetings, setting the date for July 1-3, 2022, celebrating the Golden Year of the Class of 1970. Carnell Rodgers served as Master of Ceremony and greeted all the classmates as they gathered at The Studio to officially kickoff the reunion during a social setting on Friday night. A scrumptious meal was prepared and served by Sydney’s Catering. The group listened to music from the 1960s and 1970s while chatting and chewing., dancing and taking pictures. Their identification badges featured each former student’s senior photo and a welcome gift bag was given to all with a maroon and gold T-shirt. Collages were created and displayed at the gathering. All were reminiscent as they viewed photographs from 1968-70.

On Saturday morning, the class gathered for a brunch at “Good Times on 29” wearing their T-shirts. Each classmate shared a few highlights of their lives for the past 52 years. Some survived a bout with cancer; the death of their parents, spouses and children. Each testimony was a sign of how good God has been.

The main event was a banquet where all were dressed in white. The tables were set and decorated with white tablecloths with maroon and gold accents to represent the school colors. A menu was planned for the night that included grilled steak and served with garlic potatoes, green beans, rolls, green salad and a delicious cheesecake with a warm strawberry topping.

Classmate and Class President Kenneth Jones spoke to the group. Kenneth issued a challenge to his classmates, asking them to reach back and make a difference in some young person’s life. Mrs. Ann McMillan, a former fifth-grade teacher was present and was honored with a gift bag. A group picture was taken to top the evening off.

On Sunday morning, the class worshipped with classmate Bernice Parker at the Shiloh Baptist Church where Rev. Hardman serves as pastor. The reunion finale was a memorial service for the deceased classmates. A candle was lit and a roll of all deceased members was called. Balloons were released in front of the historic marker at ASHA. The day ended with a fish fry as we said our good-byes. This ended the joyous golden anniversary. “Go Tigers!”