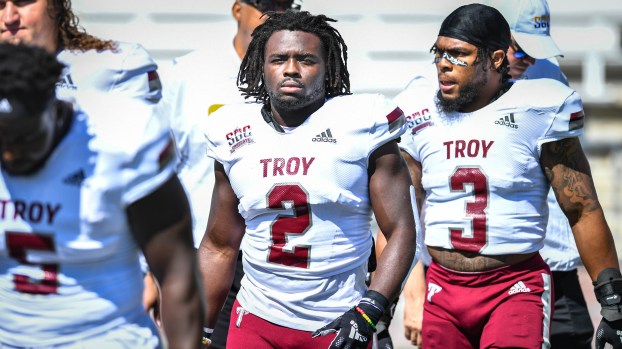 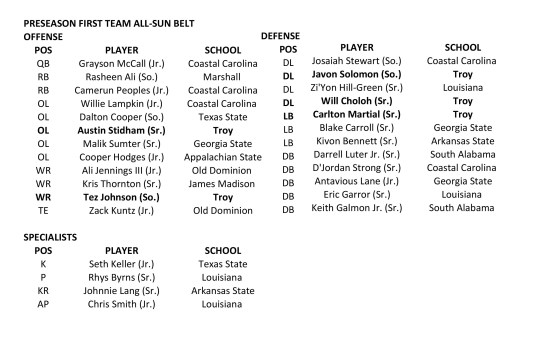 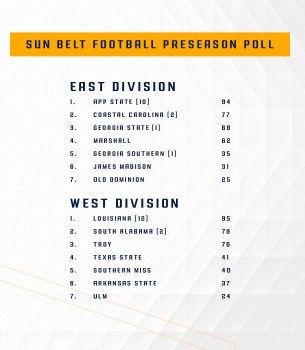 Ahead of this week’s Sun Belt Conference Football Media Days, the conference released its official list of preseason awards with a number of Trojans making the list.

In fact, Troy led all Sun Belt teams with five first-team selections, while Troy had a total of seven Trojans make the All-Sun Belt team. Leading the way once again is senior Carlton Martial who lands on the preseason first-team All-Sun Belt for the fourth straight year. This comes just hours after Martial was named to the Butkus Award Watch List. Martial is the only Sun Belt player to land on the watch list for the award that goes to the nation’s top linebacker each season.

On Monday, the Sun Belt also announced that SBC Commissioner Keith Gill had recently signed an extension to his contract that will take him through at least June 30, 2030. Gill has been the Sun Belt Commissioner since 2019.

The Sun Belt’s Media Days officially kicks off on Tuesday, July 26, and goes through July 27 with everything broadcasted on EPSN+. Troy Head Coach Jon Sumrall will be joined by Stidham and Martial at 10:30 a.m. on Wednesday and all three will be speaking to the media. 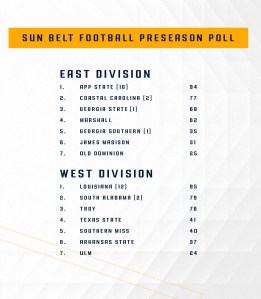